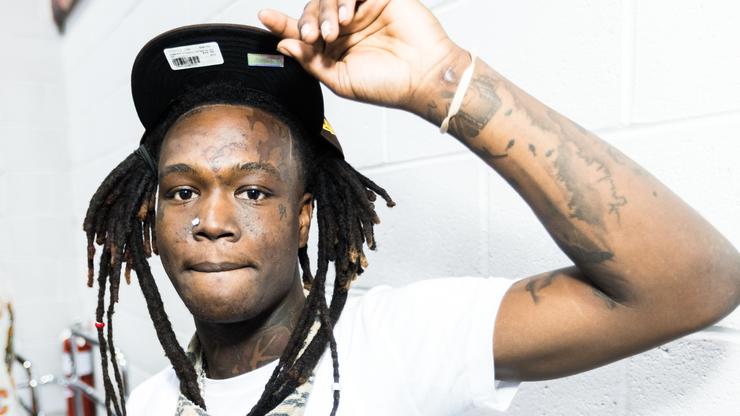 2KBABY discussed his approach to the art of the face tattoo.

There’s two things that are certainly true about 2KBABY. The “Old Streets” rapper has a lot of tattoos, and isn’t afraid to speak his mind without a filter.

These two qualities merged when 2KBABY recently spoke with TMZ. He spent much of his time focusing on his ink, particularly on his face, and explaining how and why he has the tattoos he has.

“I like the feeling of the needle and s**t going across my skin and s**t,” the rapper said as he drove through what looked like a parking lot. “I get tattoos just to like take my pain off whatever I’m going through.”

He claimed that he’s gotten tattooed in the studio as he was recording songs, and that the pain wasn’t too bad for him. “I don’t use no numbing cream,” he noted. “I just be thugging it.”

He proceeded to count his plethora of face tats, and eventually ended up at 15 as the grand total. He then addressed the haters. “Everything I get tatted on my face is something I feel passionate about,” he said. “Of course- I’m a smart n***a, I’m not a dummy. Of course when I get every tat I think about how a motherf**ker is gonna look at me […] But after that I think about all the s**t people say about me and all the s**t people f**king laugh at […] Motherf**kers are going to love or hate me regardless, if I ain’t got a single tat on my body like Lil Baby. So I don’t give a f**k.”

He summed up his tattoo philosophy as a method of testing people’s loyalties. According to 2KBABY, the real ones will stay around no matter how absurd the ink gets.