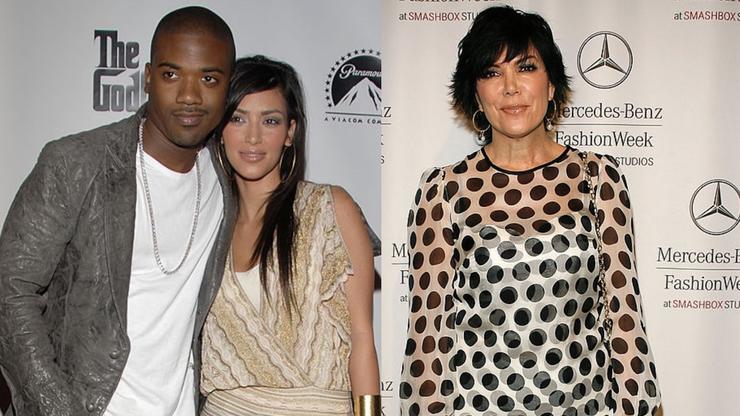 Things were getting heated on Ray J‘s Instagram page on Saturday (September 10) evening, and while the R&B singer was popping off and spilling all sorts of tea about Kris Jenner’s involvement with his and Kim Kardashian‘s sex tape, the father of two found himself blocked by the socialite and seemingly banned from going Live on the platform.

The recording artist and the reality stars have come to blows in the past over their explicit video leak. Earlier this year we saw some of the drama unfold on The Kardashians as Kim’s eldest son, Saint West, saw an ad for the tape on his Roblox game, causing the mother of four to feel seriously emotionally distressed.

As Wack 100 made claims of a second sex tape’s existence, the 41-year-old threatened to “burn” him and immediately got on the phone with her lawyers to resolve the situation.

Just a few weeks later, Ray J joined the chat, offering up allegations that Kardashian and her mother were in on the video’s leak – claims which they’ve vehemently denied, with the family matriarch even sitting down to take a polygraph test to answer questions related to the NSFW incident that ultimately sparked her daughter’s skyrocket to fame.

When asked if she was the one behind the creation and release of the tape on The Late Late Show, the 55-year-old answered, “No,” which the examiner concluded to be truthful, although the “Sexy Can I” singer begged to differ.

The 41-year-old Mississippi native came through with all the receipts he could find, even comparing Kardashian’s handwriting to other samples he was able to dig up, and wearing a glove to avoid contaminating any of Kim’s DNA that might be found on the document.

Check out Twitter’s reaction to the social media feud below, and let us know if you think the Kardashian-Jenners had Ray J booted off IG Live for speaking his truth in the comments.