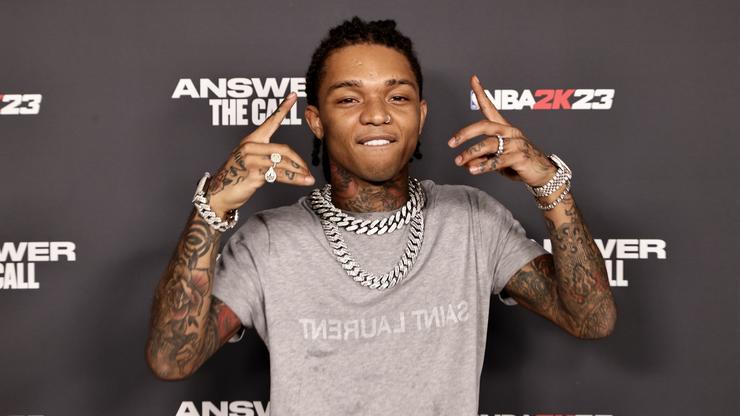 Swae Lee and model Aline Martins had a child back in 2020.

Swae Lee has been busy with Slim Jxmmy as of late, as the two have reunited as Rae Sremmurd for a fourth album in their self-titled series. But he’s maintained time for romantic endeavors, as we reported less than two weeks ago that he was expecting a child with Victoria Kristine.

It turns out that this child won’t be his first. According to legal documents obtained by TMZ, Lee has a 1-year-old daughter with Brazilian model Aline Martins. The documents were filed in L.A. court and had Swae requesting 50/50 custody of the kid, whose name is Angel.

Martins had talked to Brazilian Times last year about raising the child with the Sremmurd member, saying, “I would like him to give love and be a present father, but I won’t be humiliating myself either. I think my daughter doesn’t deserve that.”

The “Sunflower” singer has been paying alimony, but it seems that is hasn’t been enough for Martins, who claims that she accumulated $15,000 in debt last year, TMZ reports. Apparently, Swae is going to court in order to establish a better relationship with his daughter by having her sleep at his home and spend the occasional holiday with him.

According to sources who spoke with TMZ, Lee is filing legal documents in order to set ground rules before any conflicts occur. “Sway takes his role as a father very seriously,” said Swae’s lawyer, Samantha Spector. “He’s absolutely committed to sharing parenting responsibilities to give his daughter a healthy and loving upbringing.”

Meanwhile, Lee will soon have his hands full with another child. His current girlfriend, Victoria Kristine, revealed last week that they were expecting a boy.