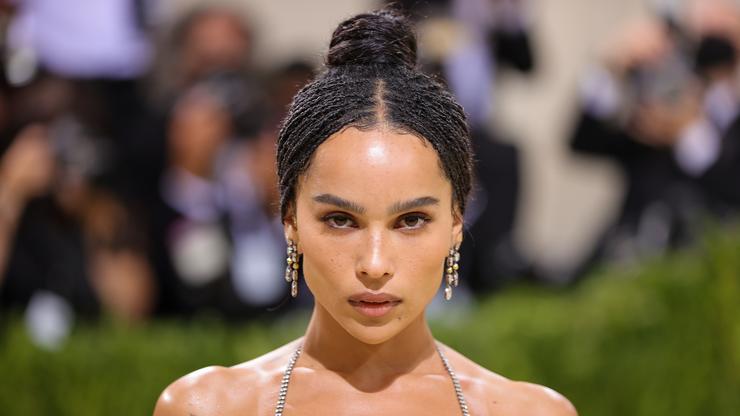 Kravitz is playing the role of Selina Kyle, better known as Catwoman.

The trailer for the latest take on The Batman is set to drop at some point this afternoon, but ahead of the big reveal, some cast and crew members have been providing fans with sneak peeks.

Yesterday, High Fidelity actress Zoe Kravitz shared a photo to her Instagram showing her in costume as Selina Kyle, also known to some as Catwoman. The photo was also shared by director Matt Reeves, who’s also been dropping hints about his latest project over on Twitter.

“What’s Black and Blue…and Dead all over?” he quote tweeted a post containing images of posters for Batman and Riddler.

On October 14th, he also posted a fuzzy screenshot from the highly anticipated trailer, showing Batman’s signature pointy ears looking out over a beautiful cityscape.

“Good Morning, from Gotham City,” he wrote. “Can’t wait to show you more at #DCFanDome this Saturday.”

The plan is to premiere the trailer today, at the FanDome where some of the biggest DCEU fans will get to see it first.

As Uproxx points out, it’s unclear which direction Reeves and Kravitz will be taking for the character of Selina. In the past, we’ve seen Michelle Pfeiffer play the role of a woman killed and brought back to life in Batman Returns, and Anne Hathaway portray a criminal turned good girl in The Dark Knight Rises.

There’s also been a lot of curiosity surrounding the casting choice for the latest Batman – Robert Pattinson. The British star first rose to fame after playing Edward Cullen in the cult vampire franchise, Twilight, and has gone on to diversify his portfolio since.

See more of Reeves’ sneak peeks below, and look out for The Batman trailer dropping later today.