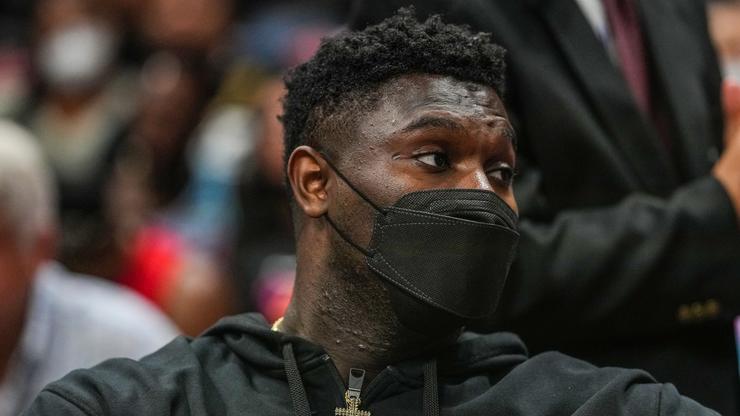 Many fans are worried about the weight Zion has been putting on.

Zion Williamson was one of the most hyped-up prospects since LeBron James just a couple of years ago. Coming out of Duke, Zion was a menace on the court and in the end, the New Orleans Pelicans were lucky enough to draft him. Unfortunately for them, Zion has had to face numerous injury issues over the last few years, and his conditioning has also been a sore spot as his weight continues to fluctuate.

In fact, last night, Zion was spotted at a recent Pelicans game while wearing an all-red tracksuit. In a photo that went viral on social media, Williamson looked a lot heavier than usual, and as a result, fans immediately expressed their concern, while also making some jokes and memes in the process.

As we have reported before, Zion is coming back from a foot injury, and he has been cleared to participate in full practices. Despite this, his weight seems to be getting in the way of a potential comeback, and fans are starting to get annoyed with what seems to be a lack of discipline on his part.

In the tweets below, you can see many fans roasting the young Pelicans star, while some express concern that there is something a lot deeper going on here.

Let us know what you think of Zion’s issues, in the comments below.