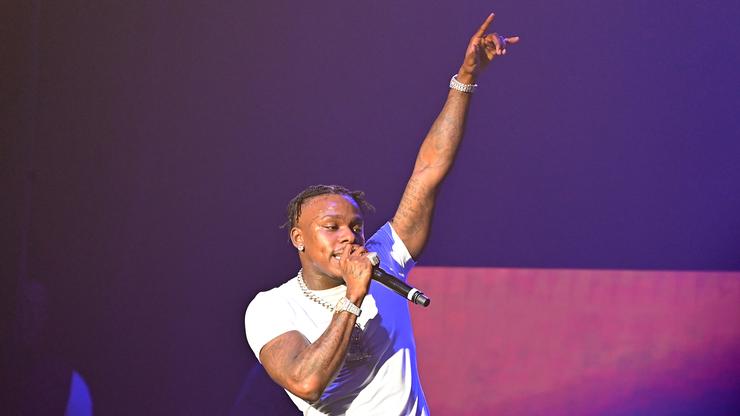 DaBaby was asked to pay the alleged victim $7,500 and stay out of trouble following the incident.

Good news for DaBaby – the 29-year-old rapper’s misdemeanor battery charge from an alleged Las Vegas brawl has officially been dropped, as reported by TMZ.

Online records reveal that case “was dismissed with prejudice,” meaning that it’s over and done, and cannot be refiled again in the future. The Clark County District Attorney’s Office informed the outlet that the charges were dismissed “because DaBaby satisfied everything prosecutors asked him to do in order to resolve the case,” which included the “VIBEZ” artist paying the alleged victim $7,500, and him “staying out of trouble.”

TMZ broke the story over a year ago, when a Vegas driver came forward with allegations claiming that the father of four “attacked him during a ride in November [of] 2020.” Following the accusations, DaBaby’s team responded, calling them a “money grab,” and his attorneys, David Chesnoff and Richard Schonfeld, revealed that he was fully “prepared to fight the case in court.”

Now that it’s in his rearview, the recording artist won’t have to worry about the charges stirring up any trouble again. However, we can’t say that the other situations Baby Jesus has gotten himself involved in as of late will go away as easily. In case you missed it, the Ohio-born star had a pretty public blowout with DaniLeigh, the mother of his youngest child, that’s been continuing to generate headlines for some time now.

After he allegedly tried to kick Dani out of their house, he referred to her as a “certified side bitch” on Instagram Live, then showed their baby’s face to the world for the first time under particularly malicious circumstances.

Read more of our updates on the DaBaby vs. DaniLeigh debacle here.