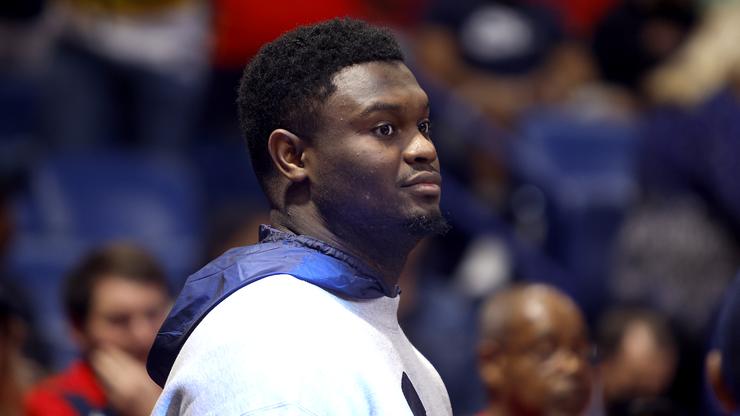 Zion Williamson and the Pelicans are at a stalemate.

Zion Williamson has been an interesting case this season as he has not played a single game. His foot injury from last season is still bothering him, or at least that is what the team believes. Over the last few weeks, Zion has really been ramping up his play and he has also been present at Pelicans games where he is sometimes seen doing massive 360 dunks in the warmup.

This has led to speculation that Zion could be back on the floor soon. Even Zion’s stepfather claimed that Williamson would be playing this season, however, the Pelicans are not convinced that this is going to happen. In fact, it now seems like Zion and the Pelicans are at odds with one another as neither side can agree on the next course of action.

According to Shams Charania of The Athletic, Zion wants to play basketball right now, but the Pelicans are not letting him. With the postseason already started, it seems like the Pelicans want to sit their star for the year so he can come back fresh in October.

“Zion Williamson believes that he should be playing.. the franchise doesn’t wanna clear him & it’s hard to see him missing the entire year & then playing in the playoffs,” Charania explained.

This is going to be devastating news for Pelicans fans, however, it is clearly what is best at this juncture. Hopefully, when Zion does come back, he does so with a vengeance.