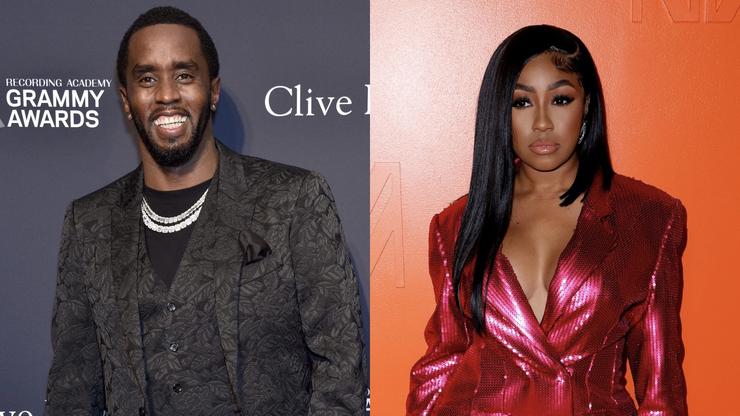 Over the last few months, rappers Diddy and Yung Miami have been fuelling romance rumours. Back in June, they were spotted holding hands, and as cuffing season approached they dropped more and more hints that they were spending time together on social media, including some seriously thirsty comments.

Earlier today, the 27-year-old posted, and later deleted, a snapshot of her and a man hanging out by a beach setup. The photo is from far away, so we can’t be sure that it’s Diddy sitting in one of the chairs, but the photo was first captioned “real pretty and sadity,” and later changed to “real pretty and sadiddy,” which tells us all we need to know.

Yung Miami may have taken the photo down, but not before @theneighborhoodtalk got a hold of it and shared it to their Instagram page. “Relax y’all.. Joie took the pic,” one viewer commented, referencing Diddy’s other rumoured relationship with Joie Chavis. “Oh I see Miami is enJOYing her vacation on the beach,” another person wrote.

Plenty of others took the time to make jokes about Miami’s recent release, “Rap Freaks,” in which she name drops her apparent man. “Took a jet to a private island on a date with Diddy/I like bad boys, no ho shit/Diddy, let me put it in your face like them roaches (Like that)/And put your rich ass to sleep, buenas noches (Goodnight, n*gga),” the Florida-born rapper spits on the new track.