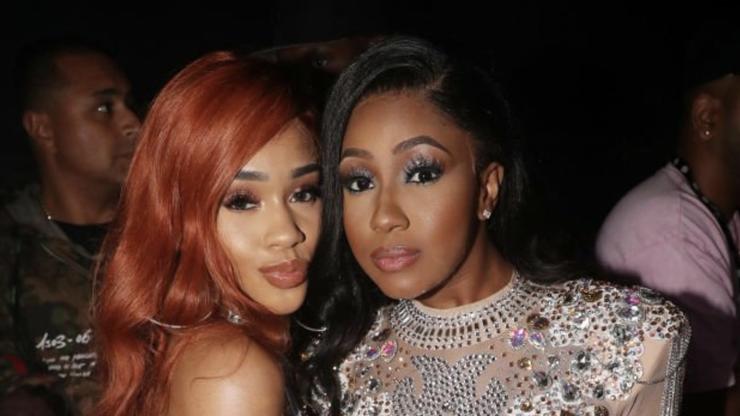 A new episode of “Caresha Please” is on the horizon and the Bay Area rapper is in the hot seat.

She’s fitting into her new hosting gig quite nicely over on Revolt, and Yung Miami is bringing out all her influential, famous friends for sit-downs. She kicked off Caresha Please with a noteworthy guest appearance from Diddy amid the pair lauding their situationship for the world. Yung Miami had an intimate conversation with her best friends Saucy Santana and JT, and other guests included Kevin Gates and Megan Thee Stallion.

Another episode is on the horizon and it looks like this time, Saweetie is in the hot seat. The City Girls star teased the upcoming feature by uploading a teaser to Instagram and it’s safe to say she didn’t hold back.

“How you feel when he took your car back?” asked Miami, most likely about the controversy about the Bay Area rapper’s ex-boyfriend Quavo allegedly having her car returned after they broke up. Elsewhere, it looks as if Miami wanted to know if the Migos rapper ever cheated on Saweetie. We’ll have to wait to hear the answer to that one, as well as what Saweetie has to say about the rumors that Lil Baby “dropped a bag on [her] in the Chanel store.”

Check out the trailer below and tune in to Saweetie’s Caresha Please episode tomorrow.