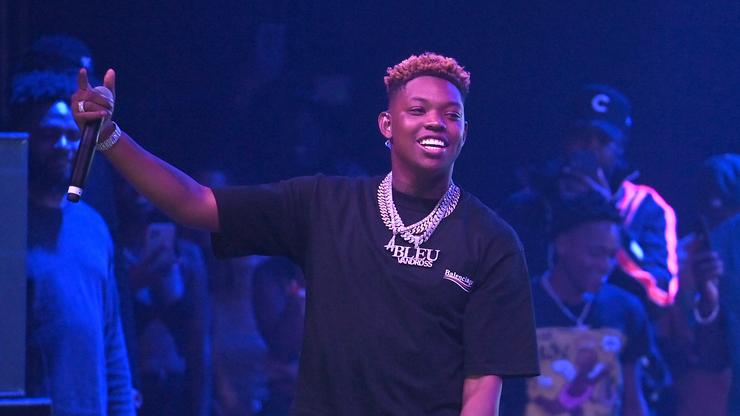 The rapper dropped tons of juicy receipts on his Instagram story.

Although Bleu and Shunna Phillips are no longer romantically involved, the two still share a child together, meaning that their lives will be closely interlinked (for the next several years, anyway). The former couple have been publicly feuding as of late, and Bleu is now defending himself against his baby mama’s allegations.

Phillips has accused the rapper of domestic violence, saying that he, “has tried to take my life twice, once at gunpoint and the other with a knife to my throat.” She also alleges that he’s been stalking her, and has had to call the police to escort him away from her home.

“If something happens to me i want everyone to know bleuvandross did it!!!!!” she captioned a recent Instagram post.

“Manipulating the support of black women who have went thru real abuse and using the ‘protect black women’ movement to get sympathy behind your lies is mental illness. She actually texted me yesterday and said, ‘ima show u how it feel to be lied on.”

The 27-year-old continued his attempt at clearing his name, showing screenshots from conversations between himself and Phillips.

He also clarified that they weren’t able to enter Phillips’ home without a warrant, and she refused to answer the door.

“That’s her only connection to me and she know it. She don’t wanna give him back cuz when he with me we don’t speak at all. Normal bitter baby mama shit.”

The “Baddest” singer then called himself “too rich” to have to stalk her and that he has absolutely no feelings for her after spending seven years apart.

Read what Bleu had to say about his baby mama drama for yourself in the post below.