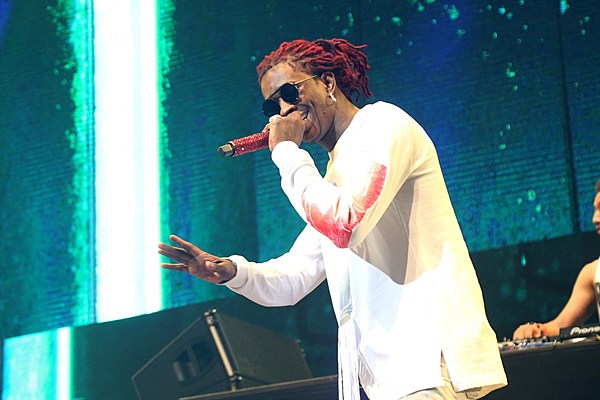 Young Thug is fighting back.

Last April, a real estate agency by the name Heritage Select Homes hit the rapper with a $2.2 million lawsuit for failing to make mortgage payments on his Georgia mansion. According to The Blast, Thugger is now saying he shouldn't have to pay the hefty fee because the company sold him a mansion that had already suffered significant damage.

The original price for the 11,000 square-foot mansion was $2.475 million, but Thugger made a few smaller payments before the due date his next big one arrived.

Responding to the lawsuit, the Atlanta rapper claims Heritage Select knew the house had some issues before they sold him the luxurious crib but didn't let him know about the damage.

In a document obtained by the outlet, Thug claims the house has significant foundation damage, moisture damage, rusted metal support beams in the basement, incorrectly installed ros that led to damaging leaks, and mold in the basement below the indoor pool. So, yeah, sounds like it was sort a mess.

In another allegation, Thugger claims Heritage Select hired a real estate agent to work with  a company to conduct a deliberately shoddy property inspection that would keep his mansion's damage a secret. He says he became aware the home's issues after hiring an inspector his own to look through the house.

Thug, who recently appeared in videos for "Mink Flow" and "All da Smoke" with Future, believes he shouldn't have to pay the $2.2 million lawsuit, and he wants the ongoing case dismissed. On top all that, he's accusing Heritage Select fraud and is now seeking damages, which remain unspecified.