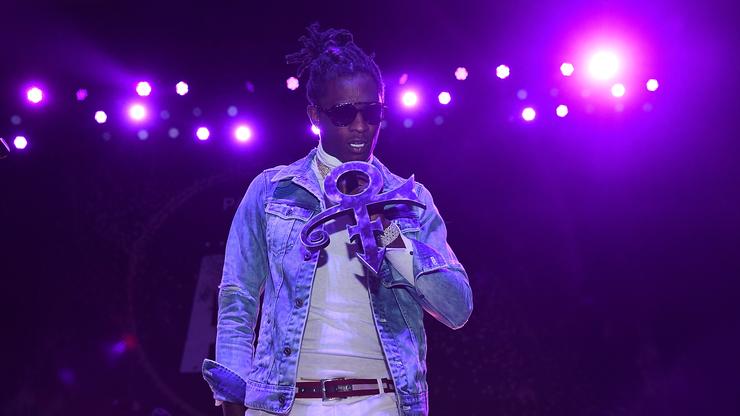 Young Thug clarified his recent comments on U.K. rappers with a new video on Instagram.

Young Thug is clarifying comments he made on the Million Dollaz Worth Of Game podcast, during which he said there are no real G’s in the United Kingdom.

“It’s just that struggle, like Zoe shit,” Thug told Gillie Da Kid on the podcast. “It’s real when it come from them n****s. It ain’t no n***a from muthafuckin’ London or Paris with with goddamn green eyes talkin’ ’bout where he came up at. Man, yo ass probably goddamn been living in penthouse suites and hotels. You ain’t did nothin’.”

On Instagram, Sunday, Thug back down from his comments, saying that his words are being misunderstood.:

These n****s handlin’ they business smokin’ shit. I got plenty gangsta stories about these n****s. I’m most definitely not talkin’ it’s not no real gangstas out there. N***s real deal out this muthafucka. My muthafuckin’ twin 21 got family out there steppin’! King steppin’! I know real steppers out there. There’s no way possible I’m saying there’s no G’s out there, them n****s handlin’ they business. I’m talkin’ middle class.

Elsewhere in the interview, Thug explained that he doesn’t believe there can be any “drake level” artists in hip-hop anymore unless they drift into pop music.