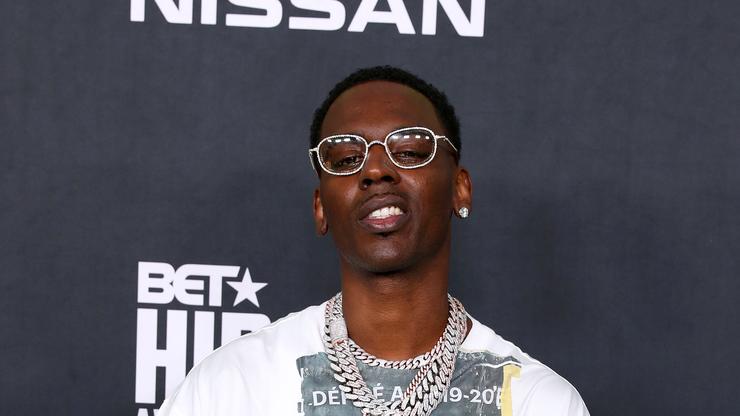 She discussed raising their children and says the cycle of violence can be thwarted if the Black community addresses mental health and healing.

Nothing prepared Mia Jaye for life as a widow with young children to care for, but she has been adjusting to her new normal. Young Dolph and Mia Jaye were reportedly planning their official wedding ceremony after spending almost a decade together, but those closest to Dolph reportedly respected Mia as the rapper’s wife.

For the first time since his untimely death and on the heels of news that all suspects in Dolph’s murder case have been arrested, Mia has sat down with ABC News Live to speak about her loss, grief, rebuilding, parenthood, and her feelings about his killers.

“It’s been extremely difficult, just having to pick up the pieces and to find the strength for my children,” she said. “That is the one thing that Adolph and myself, we just felt we had a duty to them… To protect them, to raise them, to just do so much for them, and together. Now that he’s no longer here, it’s just very tough for me to be strong for them and also be strong for myself because Adolph was my soulmate when I say they stole my future, it has taken a long time to iron out the kinks.”

“Mental health in the Black community is something that we must address,” she said about the cycle of violence within the Hip Hop community. “So many people are walking around traumatized, they have bottled up anger, they have bottled up emotion … they make rash decisions. So finding ways to really, really heal people mentally, I think that’s a start.”

Mia did add that she has felt “uplifted” by the “outpouring of support” she has received. “I’m turning this pain into purpose right now,” she said. “And so I’m very thankful for the community starting the conversation of what can we do to lengthen the lives of Black men in America?” Watch Mia Jaye’s interview below.