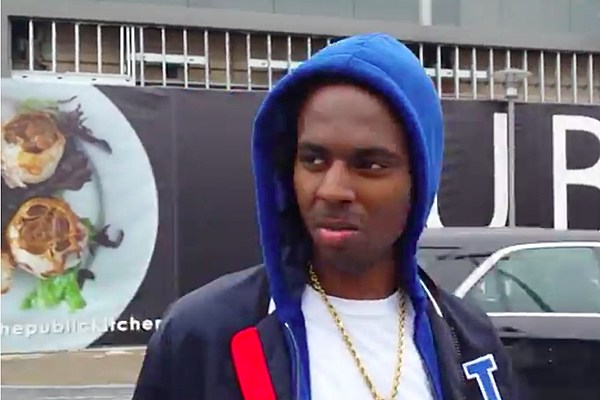 Young Dolph has survived two shootings in less than a year's time, so he knows a thing or two about the perils being a rap star. In a recent convo with TMZ, the rapper fered up his advice on how, exactly, to stay safe.

Speaking on whether or not his worldview has changed after he was shot at on two separate occasions last year, the uncompromising Memphis rapper fers up just the sort response you'd expect.

"It just let me know, goddamn, I'm a powerful individual, you know what I saying?" he shares. "Stay away from negativity, stay away from suckas, know what I'm saying. Keep doing what I'm doing, know what I mean? It's a big world and I got a lotta money to get. Just gotta stay focused."

When asked about Kodak Black's recent arrest, Dolph fers up the same take: Stay the course and do what you've got to do. "Gotta stay focused, dawg," Dolph says. "You gotta remember why you're doing what you're doing."

Dolph's advice on how rapper's can stay safe? "Stay out the way, mind your business, get some paper, know what I mean?" he fers. "Dodge all the suckas."

Last February, Dolph's black SUV was riddled with 100 bullets in Charlotte, N.C. Luckily, it was bulletpro, and he walked away unscathed. Roughly seven months later, in September, Dolph was shot three times while in Hollywood. The rapper was hospitalized following the shooting and has recovered from his injuries.

Watch Young Dolph speak on how to stay safe as a rap star in the video below.