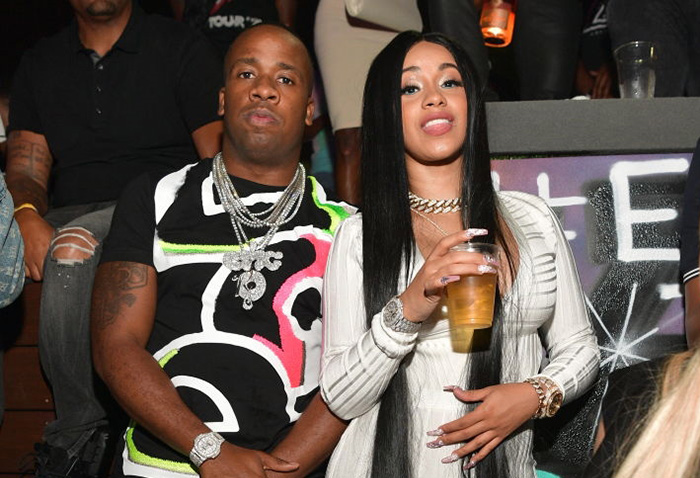 After linking up with Nicki Minaj on last year’s platinum smash “Rake It Up,” Yo Gotti is joining forces with Cardi B for 2018.

Taking to social media, the Memphis MC unveiled a snippet the new collaboration, which features a thumping instrumental and Three 6 Mafia’s “Yeah ho!” chant in the background.

For his part, Gotti takes on groupies and shouts out Ace Spades. “She only VIP if she fucked the promoter,” he raps in the snippet. “Need a sip Ace Spades like it’s soda.”

Gotti is coming f a big year, which saw him release his latest album I Still Am and a collaborative project with Mike WiLL Made-It titled Gotti Made-It. “Rake It Up” was featured on both projects and became Gotti’s biggest single to date, peaking at No. 8 on the Hot 100.

Meanwhile, Bacardi’s been flying high on the charts, where she continues to make history. Most recently, she became the first rapper with their first three Billboard Hot 100 entries simultaneously in the top 10. Her Bruno Mars collaboration, “Finesse,” enters the Hot 100 at No. 35 this week.