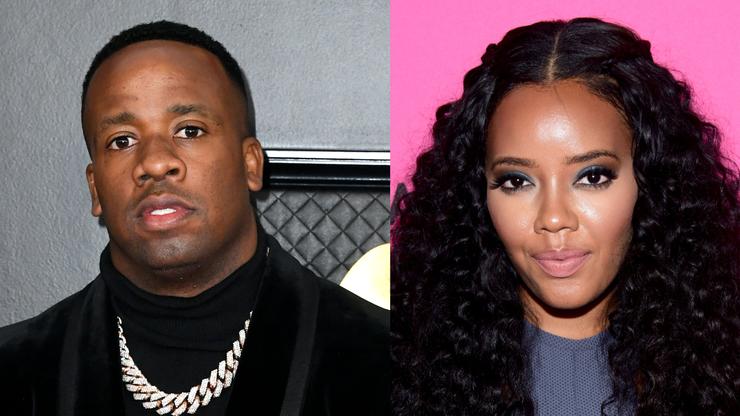 Despite their history, it seems as though the reality star has finally given Gotti a chance.

Yo Gotti has been shooting his shot with Angela Simmons since 2015. After namedropping the reality star and socialite on his hit track “Down In The DM,” fans have been championing for Simmons to give the Memphis rapper a shot. However, after finding out that Angela was spoken for, rumors began to swirl that Gotti unfollowed the Growing Up Hip Hop star. The CMG founder denied the claims shortly after, insisting that he does in fact still have a crush on Angela.

Despite their history, it seems as though the 35-year old star has finally given Gotti a chance. On Tuesday (September 20), a video of the pair spotted hanging out together in a club made its rounds online. In the clip, Angela flexes her sultry dance moves as she sang the lyrics to “Down In The DM” for a hyped crowd.

She said of her 5-year old son, Sutton Jr., “He’s like, are we ever going to get married? Is someone going to marry us? Or he’ll ask stuff like that. This was a touching conversation because he told me ‘I know my dad is heaven and I’m gonna always have two dads because I know my dad will be my dad, but mommy when can we have someone? When will somebody be there for us?'”