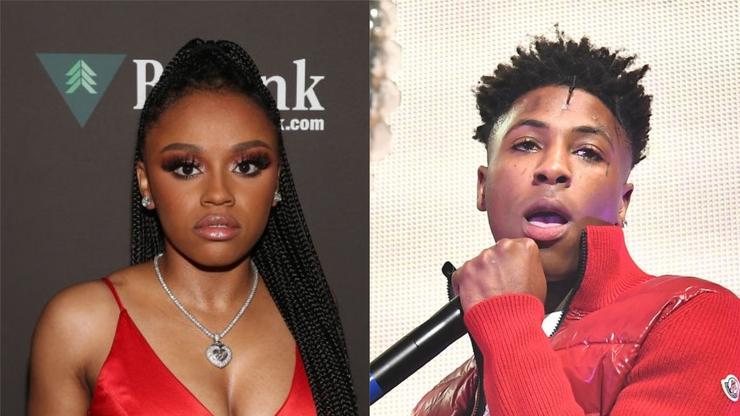 Baton Rouge rapper YoungBoy Never Broke Again has seemingly been bored out of his mind while on house arrest so he joined the social media platform Clubhouse, which allows him to connect with his fans through live audio calls. Following a conversation on the platform about his upcoming collaboration with Tekashi 6ix9ine, his crush on Doja Cat, and his listening habits, YoungBoy hosted another room on Clubhouse this weekend, which saw thousands of people flock to the app to listen to the misunderstood rapper’s musings.

One of his interactions from the room has gone viral as the mother of his son Kentrell Jr., Yaya Mayweather, was present on stage but she didn’t have a photo on her profile, which confused YoungBoy.

“Iyanna! Why you don’t have no picture or nothing?” asked the rapper.

“So I could stalk you,” she nervously responded with a laugh. “Ooo is right, I’m on here,” she then said to another woman in the group.

It took a minute for people to process that Yaya Mayweather was the person speaking but once they did, they greeted her like a queen.

Some people criticized her “stalker” response though, prompting Yaya to clarify on Instagram that she was joking and that her ex-boyfriend invited her into the room.

“I usually don’t care to clear things up but y’all DTM Kentrell added me to the chat on Clubhouse [confused emoji],” said Yaya.

Check out the interaction below.