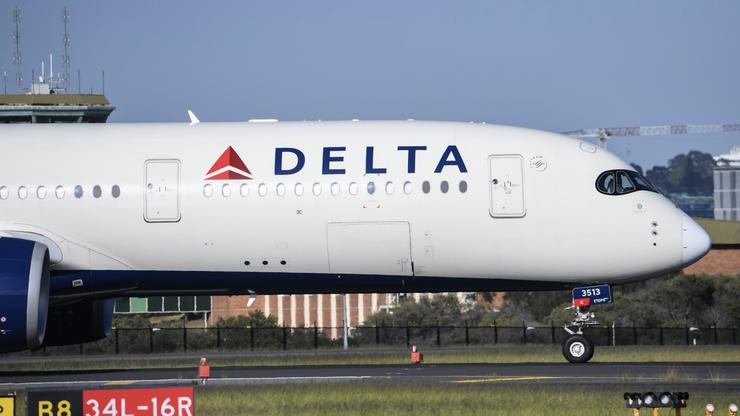 The woman had her mask on her chin while yelling at a man for taking his off to eat.

Things got out of hand on a Delta flight from Tampa to Atlanta earlier this week, TMZ reports. A woman said to be named Patricia Cornwall was one of the many passengers on board on Thursday when an unmasked gentleman seated near her seemingly sent her over the edge.

Patricia was upset to see that her plane mate had taken his face covering off to eat and drink. “Put your f*cking mask on,” she can be heard telling the older man in a clip recorded by someone else on board. The two continue to bicker, and she says, “don’t you dare talk to me like that” as he looks as though he’s going to stand up from his seat.

We should also note that, while yelling at the man for not wearing his mask, Patricia had hers pulled down around her chin, also leaving her face completely exposed for the duration of their spat. “Stand your ass up,” she yells at him multiple times as a crew member of the airline approaches, putting her hands on the agitated woman.

“Sit down, Karen,” he responds as more crew members get involved, telling Patricia to put her mask over her face. She then flips the conversation back to her target, telling him to put his on and asking the flight attendants to do the same. “I’m eating and drinking,” he insists, before adding “you put your mask [up] bitch.”

Around the 40 second mark, Patricia can be seen striking the man across the face, and TMZ notes that she later went on to spit on him as he tells her that she’ll be spending some time in jail for assaulting him more than once.

Eventually, things got back under control, and it’s been reported that Atlanta PD was on the ground waiting to collect Patricia and hand her off to the FBI for further proceedings.

Check out the video above and leave your thoughts on the Delta flight fiasco in the comment section.