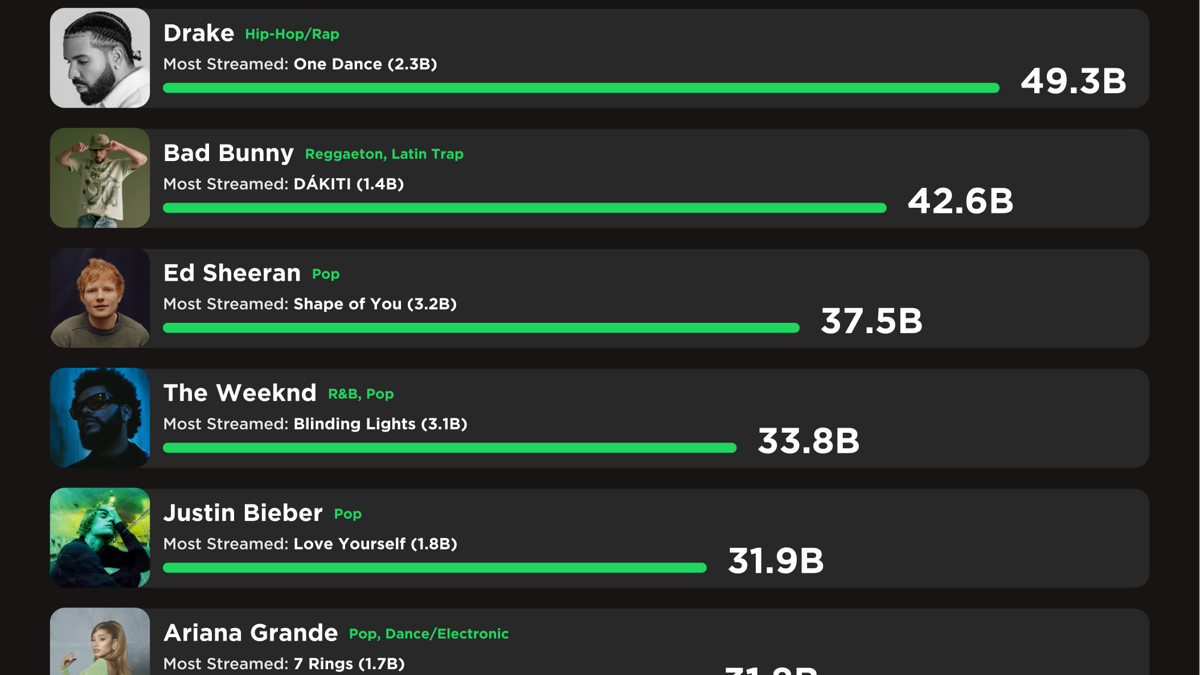 Who are the most streamed Spotify artists of all time?

Many record-breaking artists are topping the charts on audio streaming giant Spotify, but who are the most streamed artists of all time? We look at some of the data Spotify has released related to the most streamed, most followed, and the artists with the most monthly listeners.

Most Streamed Artist By Year

Most Streamed Artists of All Time

Justin Bieber and Ariana Grande come in at sixth and seventh most streamed, with 32.2 billion and 32.09 billion, respectively. Eminem, Post Malone, and Korean superstars BTS round out the top ten with 30 billion, 29.6 billion, and 28.2 billion streams.

Credit to reddit user u/rayjaywolf for collecting and presenting the data in the r/dataisbeautiful subreddit.