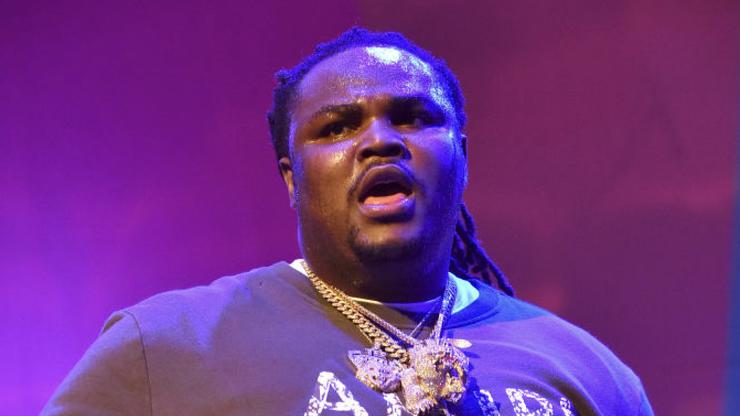 The 28-year-old has been mourning the death of PnB Rock, and now he’s faced with another tragedy.

In the midst of mourning the untimely death of 30-year-old PnB Rock, another recording artist, Tee Grizzley, has been faced with a personal tragedy of his own that took place at his home in Porter Ranch just outside of Los Angeles earlier this month.

According to TMZ, the 28-year-old’s residence was invaded by burglars approximately two weeks ago after they smashed a window and looted all that they could find, including over $1 million in jewelry as well as a ton of cash.

A police report obtained by the outlet reveals that no one was home during the incident, and an open investigation is currently in the works as authorities seek to identify the criminals.

While Grizzley continues to recover from the stress of having his home raided, he’s been sharing tribute posts to his late friend on Instagram, writing things like “Love you broski, you was a real friend. I’ll never forget you.”

The “Selfish” singer was shot to death on Monday (September 12) while grabbing lunch at Roscoe’s Chicken and Waffles after his girlfriend shared his location on Instagram. The murderer remains on the loose and stole several diamond chains off of Rock following the deadly incident.

The day after Rock’s death, Grizzley shared part four of his “Robbery” song series, this one featuring a “Rest In Heaven” message dedicated to the Pennsylvania-born performer.

It’s been noted that the song isn’t specifically about either PnB or Tee himself, but rather a fictional story that he’s been working on for some time, before either incident.

“Me and Rock just spoke on Saturday about this song dropping and all the new music I have coming. Bro was genuinely excited for me,” Grizzley wrote when he dropped off the music video.

Check it out below, and tap back in with HNHH later for more hip-hop news updates.