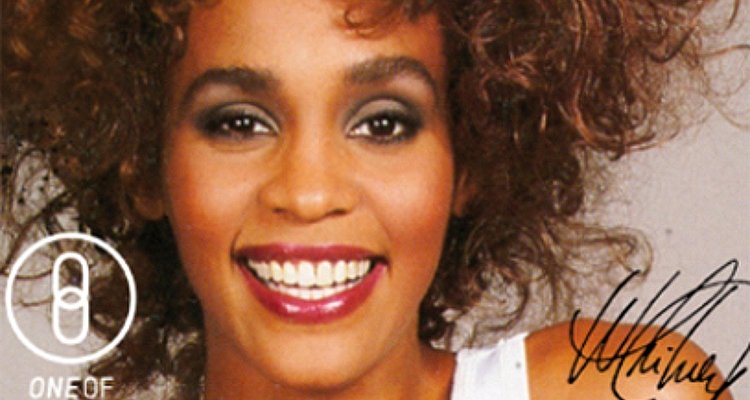 A Whitney Houston auction has concluded, setting a record for the highest-selling NFT on the Tezos blockchain with a price tag of $999,999.

The Whitney Houston Collection was also the first time an estate sold an unheard and unreleased recording as an NFT. (Read our explainer about non-fungible tokens here.) The record-breaking Whitney Houston NFT features a full-length song demo that Whitney recorded when she was 17. The winner of the auction now has personal access to the recording in their OneOf Vault, along with a digital video created by artist Diana Sinclair.

The nosebleed price tag of $999,999 was shared by Primary Wave, which helped to bring the NFT to market. Robert Dippold, President of Digital Strategy for Primary Wave Music, says this is just the first of many NFT drops. “This initial NFT drop is one of many Whitney Houston collections as we continue to tell her story, going behind the scenes and using never-before-seen content from the estate’s archives to celebrate her carer, music, and talent.”

“We look at blockchain technology and the NFT marketplace as a great medium to present and engage with fans in a more meaningful and profound level to showcase and heighten ‘moments’ in an artist’s career and thus allowing content to continue to be distributed (and protected) amongst fans.”

Pat Houston, President, and CEO of The Estate of Whitney E. Houston, says the artist choice for the NFT was significant, too.

“Whitney was 17 years old when she recorded the song. Both [Whitney and artist Diana Sinclair] come from Newark; both have the same middle name. Whitney had the desire to always help others help themselves, especially young people.”

“She established the Whitney Houston Foundation in 1989, and she had events every year centered around young people, so it was a no-brainer when we were introduced to Diana. Timing is everything, and it was the right moment.”

The first drop in the Whitney Houston NFT collection sold out in less than a minute.

All 300 ‘Whitney’s Prom’ GOLD tier NFTs sold out, generating $1.1 million in sales so far. A portion of the proceeds from the auction will go directly to the Whitney E. Houston Foundation. Primary Wave picked OneOf as its NFT partner, which operates on the Tezos blockchain.

Tezos is different than other NFT blockchains (like Ethereum) in that it relies on a proof-of-stake consensus protocol. That allows users to avoid high gas fees, and OneOf can mint new NFTs using two million times less energy than the Ethereum equivalent. Artists using OneOf can also list their works with zero minting fees.