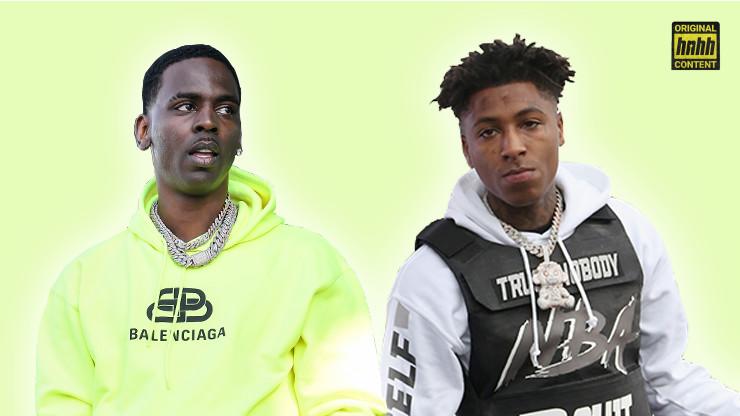 With hip-hop artists placing more weight on ownership than ever, we break down what “independence” really amounts to in the modern era.

They say that knowledge is power and these days, burgeoning hip-hop artists have more of it at their fingertips than at any other juncture in history. Whether it’s the pitfalls of their ancestors within the genre, technical know-how, or general cultural awareness, today’s MCs can now formulate a working understanding of any facet of the game that they desire in a self-contained manner.

While it is an art form that we collectively cherish, hip-hop is also a business and even the most high-minded artist in the game ultimately wants the financial rewards that come with operating at the pinnacle of the industry. Particularly at a stage when hip-hop has never been more profitable.

With rappers able to capture momentum seemingly from nowhere and parlay it into a successful career, the notion that a rapper can succeed, irrespective of the backing they receive from the major label machine, is one that holds more weight than ever.

With “independence” and “owning masters” becoming as commonplace a brag as running the city once was, and, so-called major label “slave deals” becoming a slur in the process, there is often a perception that the record companies who once presided over the industry with an iron fist are now on the back foot. And in their wake, a whole subset of self-made artists are springing up in order to further weaken their position.

But with so much conjecture in this space, it seems only right to break down what independence really amounts to in the modern industry and to establish whether boldly dispensing with the system that’s reigned supreme is the right decision for everyone.

When you sign to a major label, an unavoidable certainty is that whatever deal you strike, someone else is getting a piece of the pie. In return, artists will receive advances for albums and the might of the promotional department which will play an integral role in getting you coveted airplay and playlist placements. Along with that, comes the issue of your masters and the fact that you’re only getting only a portion of the revenue that you could accrue.

In recent years, there has been no clear-cut case study of an artist who could’ve – and possibly should’ve– opted out of the label system in favor of going it alone than NBA Youngboy. Anointed the number one artist on YouTube for years on end, the Baton Rouge MC had a buzz before he signed to Atlantic and it certainly will continue once he’s let out of the contract that he’s been rallying against for so long.

Having offered to deliver his next four albums for free if he could just receive his masters as compensation, Youngboy has realized too late that the deal he signed was lopsided.

“He did a deal for $2 million for five records,” hip-hop legend and No Limit Records owner Master P said of Youngboy’s deal. “So think about that. You get the money up front but imagine what they get. So we have to teach that to the next generation. Look at the bigger picture. Just don’t look at the now. You done sold your soul for a 360 deal that you have no knowledge of.”

Left confined to what the label provides him with in terms of earnings, Youngboy is by no means alone in finding himself within a 360 deal – which essentially means that the label is entitled to a portion of everything you make, no matter what it is– and it’s a situation that countless artists have grown disgruntled with after the fact.

In one particularly abhorrent example, Floridian rapper Lil Boom revealed that his financial naivety meant that he got locked into a 360 deal for little more than a $7500 advance.

In the meantime, an artist such as Russ, who has claimed that he makes over $100k a week as an independent artist, can technically be a smaller-scale artist than a rapper like Youngboy and yet have sway over every cent that his music and merch generates.

“At the end of the day, when you don’t own your stuff, people can say no,” Russ said of Youngboy’s predicament. “It’s a business, they don’t have to give you back shit. It’s sad but my advice to him would be to not renegotiate the deal, don’t sign off for more albums. Whatever albums you have left, put them out ASAP and get out of the f***ing deal, then go indie and flood with three or four albums on a Tunecore-type service or any digital distributor. Build up that independent catalog. Someone like NBA YoungBoy will make a million in a month.”

Where the channels were once tightly controlled, the online world has democratized distribution to the masses. And as a result of liaising with pioneering companies that have dared to seek a better way, some artists are making millions.

In the case of Tunecore, their 20,000 strong roster of  artists have made upwards of $2 billion and that number is only set to rise. Meanwhile, platforms such as EMPIRE, Kobalt and AWAL– who essentially function as distribution services without retaining their masters– give artists the chance to succeed or fail based on their own powers of promotion.

EMPIRE is another increasingly popular model that was employed by the late Young Dolph and his Paper Route Empire imprint.

“[Master] P talked his shit into existence,” Dolph said of the new wave of independence in the industry back in 2018. “The game was set up to where you damn near needed a record label. But now you don’t.”

As a result of how lucrative the EMPIRE approach was for him, Dolph could comfortably turn down a $22 million dollar deal in favor of retaining everything.

Elsewhere, you have companies such as Steve Stoute’s United Masters which are intent on enabling artists to keep their royalties. For him, the benefits of going it alone are all too clear to see.

“You think that if Drake right now, completely independent,” he hypothesized during a discussion with Russ, “if Drake posts a picture on the ‘Gram of his new album, link in bio– f*** a link in bio, ‘new album out’– and he was fully independent, Drake will make $10 million a week for f***ing 60 weeks.”

With UM said to be a “manifestation of ideas that Master P had, Sam Cooke had, Damon Dash had, Jay-Z discussed,” Stoute believes that the influence of the traditional gatekeeper is waning.

“They controlled MTV, they controlled radio, they controlled the outlets that amplified that opportunity for your music to shine,” he said during a podcast with Trapital. “And they no longer have that control. Now, an artist finds an audience before they find a record company. These shifts are what has driven the creator economy, where now, all I need is the tools to amplify, I may need a micro loan, I may need promotion, but I certainly don’t need to give up my intellectual property in exchange for your access to an audience. Those days are gone.”

With Stoute having enticed the likes of MAVI into his camp and Youngboy seemingly eager to get a slice, it’d appear that Stoute is just waiting for that one big breakout artist– which was initially intended to come in the form of NLE Choppa before he then signed with Warner– to take off for this platform to flourish.

“I think what’s come to the fore in the last couple of years is the fresher, newer concept of the independent artist,” he told Music Week, “and Simz absolutely defines that. She’s creatively in control and, from a business perspective, she’s in charge. She owns her own rights, we’re there to support and partner with her, and we see it as a true partnership.”

With her latest album, Sometimes I Might Be Introvert, reaching number 4 on the UK charts, Simz’ appeal and renown goes way beyond anything that a major label could formulate and her freedom allows her to make the artistic statement that she intended.

However, even if she’s winning awards and headlining festivals, Simz’ independence does still come with its drawbacks. In recent times a lack of a financial backer meant that she had to unceremoniously cancel a US tour. Speaking on Twitter, Simz revealed that “being an independent artist, I pay for everything encompassing my live performance out of my own pocket and touring the US for a month would leave me in a huge deficit.”

While all of these services and success stories may seem like positive strides, it doesn’t necessarily mean that there’s been a wholesale renunciation of the traditional label system.

To date, parent companies  Sony, Universal and Warner are still responsible for two-thirds of music sold. In addition, current trends suggest that they are signing upwards of 50 artists a month and today, the longstanding hip-hop institution of artist-operated but major label-backed imprints means that rappers can outwardly carry themselves as “bosses” and “self-made” while still forfeiting their royalties like everyone else.

According to digital music news, “just 10 companies are earning more than $10 billion out of a total recorded industry pot of $14.9 billion.”

While all of this may make it seem as though every rapper that’s affiliated with a major is getting swindled, that isn’t necessarily the case. Instead, shining examples of how to liaise with the majors have emerged in recent years.

“I had a platinum album before I signed my [first] deal,” 21 Savage said of his situation with EPIC. “I own my masters right now. Every song you’ve ever heard me on, I own it. I got a 70/30 split with my label. I get 70, they get 30. I make more money off my album sales than I do off touring. [For] a lot of rappers, most of their money comes from touring.”

“I done been around other rappers and we was at the same spot at the same time and they jumped the gun and went and signed a deal for $200,000 because they didn’t have enough leverage,” he elaborated. “I waited ’til I had enough leverage to go in there and say, ‘Ay, I want this much money for this album. I’m giving y’all this much and I’m keeping all this.’”

In a similar vein, SZA  brokered a favorable deal between TDE and Interscope which allows her to take the lion’s share of the profits to herself.

“Five years ago, she gets 15 percent, 12 percent,” Interscope head Jimmy Iovine explained in an interview with Pharrell Williams and Scott Vener on OTHERtone on Beats 1. “[Now], they own everything and got a 70/30 split the other way. Because they were able to build a buzz in technology on their own.”

On account of case studies such as these, artists are becoming increasingly wary of simply signing their rights away for the opportunity to get on. Instead, they’re looking to either branch out on their own or wait until they have sufficient clout to engage with the majors on their terms. And while they’ve been by no means unseated, the current trends within the independent space means that the cautionary tales we hear– such as that of Youngboy or Lil Boom– are likely to become few and far between.