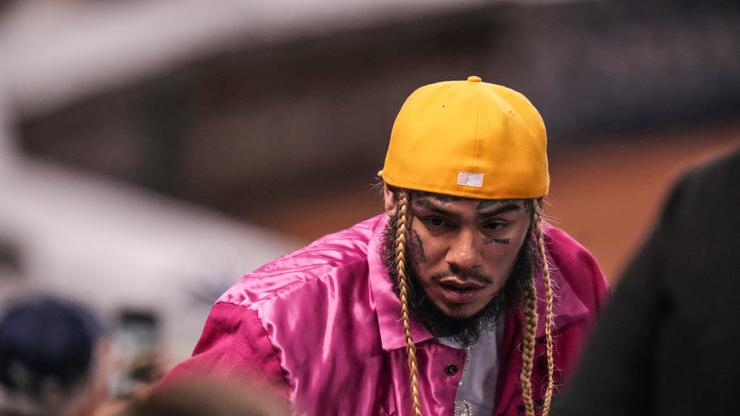 Wack 100 told 6ix9ine to stop disrespecting the dead and to give it a rest with Lil Durk.

Wack 100 has taken on somewhat of a mentorship role with Tekashi 6ix9ine over the last few weeks, which came as a surprise to hip-hop fans given their past differences. 6ix9ine has been outwardly disrespectful to two of Wack 100’s main clients, Blueface and The Game, so his work with the admitted snitch rapper has been perplexing. It’s been difficult to ignore them as they appeared on DJ Akademiks’ podcast Off The Record, and followed up with further conversations on social media.

Discussing their connection, Wack 100 spoke to Bootleg Kev about some of the advice he’s given 6ix9ine behind the scenes, and you may be glad to hear what Wack is preaching to him.

“I told him he should stop disrespecting the dead,” said Wack 100. Over the years, 6ix9ine has made it a point to insult Nipsey Hussle, King Von, and other deceased rappers following their passings. “I told him that you done made enough enemies, why don’t you give some of that attention to your fans? I don’t think that you need to be so controversial on the negative side to bring attention to your music. I’ve seen him do things over the years when I didn’t even know who he was, I’ve seen him go and visit kids on their last leg of living. If you gon’ do something, focus on your music and do some positive things. Let your fans love you. People that’s gon’ hate you, they gon’ hate you. You’ve done what you did, there’s no sense in antagonizing them even more.”

Wack 100 proceeded to speak directly to 6ix9ine’s disdain for Lil Durk, advising him to just give it a rest.

“Especially the Lil Durk shit,” clarified Wack. “You know, I like Lil Durk.” Bootleg Kev agreed that 6ix9ine’s taunts toward Durkio are “out of pocket.”

This is surprisingly some pretty good advice! Check out a portion of their conversation below.