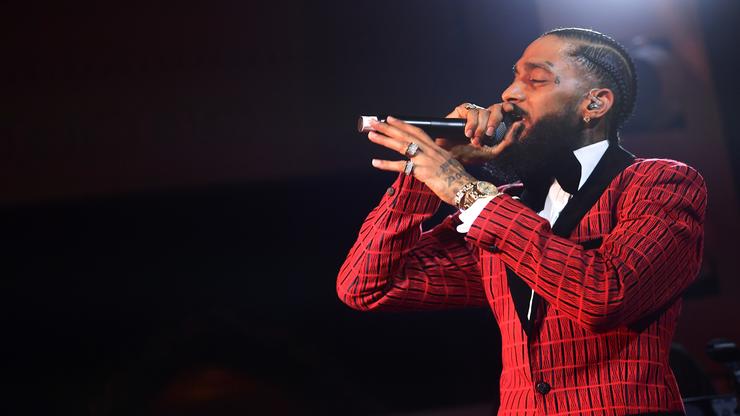 Young Guru took to IG with an interaction he shared with a random airline passenger.

Since Los Angeles rapper and entrepreneur Nipsey Hussle‘s untimely passing in March 2019, there have been countless tributes in honor of the late legend. Coming in the forms of lyrics nodding to Nipsey’s greatness, murals painted on LA walls and tattoos on a handful of rappers and athletes, the tributes have been endless, and for good reason. Hussle’s impact was felt in the rap game, in business spaces and also in the hearts and minds of seemingly everyone he crossed paths with.

That includes random, non-hip-hop fans, too.

Yesterday, engineer Young Guru took to Instagram to share a chance encounter he had with a man repping Nipsey’s brand, Crenshaw.

“So I’m on my flight today and this man sits next to me. We didn’t say a word to each other the whole flight. We are about to land and as usual I take out my camera to shoot out of the window. He says ‘Is that a Leica?'” referencing the brand of Young Guru’s camera. ‘I say of course. I then ask him “do you know what hat that is you have on?’ And he says ‘of course, Nipsey gave it to me!!'”

Continuing on with more details of the interaction, Guru painted a perfect picture of Nipsey’s personality, as well as the personality of this newfound connection.

“I’m like ‘what? how’? He says ‘I’m from New Jersey but my son loves Nipsey. He asked me a couple years ago to stop by the Marathon Clothing Store and get him merch.’ He said he went in got the clothes and on his way out Nipsey stopped him and spoke. After the convo Nipsey gave him a hat,” Guru wrote. “I then asked him ‘do you listen to HipHop” and he said ‘no I just loved the way the young man carried himself, so I put it on every time I come to LA’!!!”

Interactions like these come few and far between but just based on this one encounter between Young Guru and a random person who said they don’t even listen to hip-hop, Nip’s reach was on full display.

Finishing the post with Nip’s most important message, “The Marathon Continues!!!,” Guru showed us all with one IG post what kind of impact a person and performer like Hussle had and why that loss hurt the entire rap community so much more.

What do you think about this chance Young Guru interaction? Let us know in the comments.