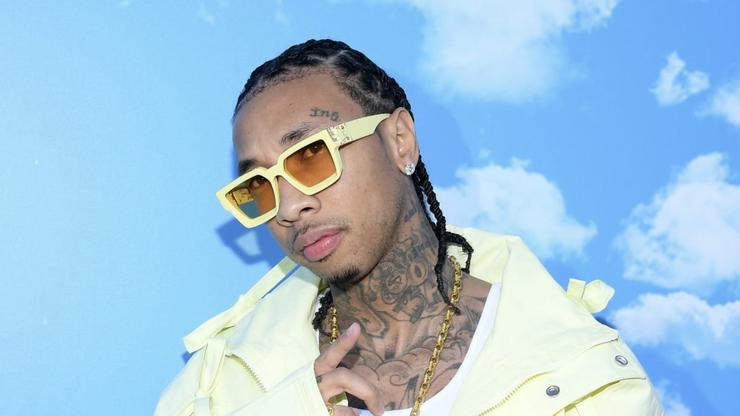 Vans has followed in Nike’s footsteps and has gone after MSCHF, citing that the company copied their Old Skool design for Tyga’s sneaker.

These brands are not messing around when it comes to celebrity collaborations. We all bore witness to Nike going after Lil Nas X after he unveiled his “Satan Shoes” partnership that unfolded with MSCHF. The altered kicks were the topic of controversy amid Nas X’s backlash over the visual to his hit single, “MONTERO (Call Me By Your Name).” It appears that MSCHF is now on the wrong side of another apparel brand after they revealed their more recent collaboration with Tyga.

The Los Angeles rapper has been promoting his new, interesting Waby Baby sneakers on social media, but Vans has a bit of a problem with the design.

Vans has an iconic imprint that is recognizable around the world, and it is their belief that MSCHF ripped off their Old Skool classic look for Tyga‘s Wavy Baby collab. The brand reportedly filed a trademark infringement lawsuit citing MSCHF tried “to confuse consumers, unlawfully siphon sales from Vans, and intentionally damage Vans’ valuable intellectual property rights.”

“Rather than innovating and developing their own unique shoes, Defendant MSCHF is known for free-riding on famous brands, such as Nike,” the Vans lawsuit reportedly states. Check out a few looks of Wavy Baby below and let us know if you’re getting yourself a pair.