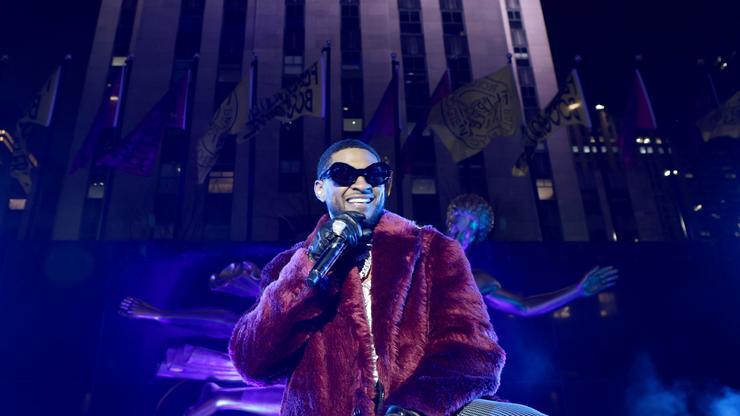 Usher spent some time with his doppelganger at the Grizzlies game.

Throughout these NBA playoffs, the Memphis Grizzlies and the Minnesota Timberwolves have arguably put on the best show out of every single series. The Timberwolves have looked much stronger than pundits gave them credit for, all while the Memphis Grizzlies have been a shell of what they were in the regular season. Having said that, it has made for a very compelling watch.

For instance, last night, the Grizzlies came through with a come-from-behind win that gave them a 3-2 series lead. It was one of the best games of the series and there were plenty of famous people in attendance, including none other than Usher.

What made Usher‘s appearance at the game so memorable is the fact that he was sitting next to Ja Moran’t father Tee, who looks exactly like the r&b singer. Ever since becoming a mainstay at Grizzlies games, fans have always remarked how Tee looks like Usher, and on Tuesday night, we got to see it in the flesh. The two were even placed on the jumbotron, all while they dapped each other up. Even social media caught wind of how these two look alike as the clip below made its way to Twitter.

Clearly, Usher is a good luck charm of sorts for the Grizzlies. Hopefully, he can continue to make his way to Grizzlies games as they look to close this series out, once and for all.