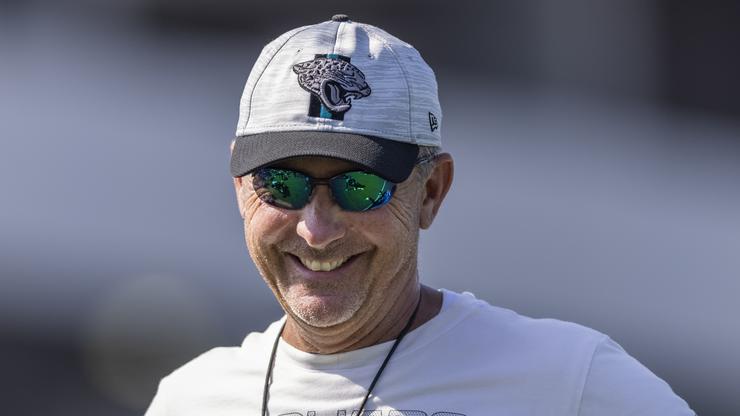 Urban Meyer is bringing a college philosophy to the NFL.

From the jump, Urban Meyer was an interesting hire for the Jacksonville Jaguars. This is a team that hasn’t done much throughout its history, aside from a solid AFC Championship Game appearance from back in 2017. Heading into this season, the Jaguars have Trevor Lawrence and many expect them to at least win a few more games than they did last season. Having said that, Meyer is a college coach who now has to adapt to the NFL game.

In a report from CBS Sports’ Pete Prisco, it was revealed that Meyer hasn’t been able to shake off the college football aesthetics and that his methods are starting to make players uncomfortable. At practice, the coach has assistants walking around with boom mics, and the way he motivates his team is allegedly starting to get on players’ nerves.

“He’s got to change a few things. He brought a bunch of college-like things to the program, which I don’t necessarily agree with,” Prisco explained. “And I’ve heard some of the players aren’t thrilled with him either, including having a microphone on the field – one of his assistants on the field during practice with a boom mic, telling everybody to hydrate and hustle and get to the next period.”

Meyer has also been a bit secretive when it comes to personnel decisions. Meyer refused to name Lawrence as the starting QB< although that has since changed. He’s also slow to compliment his players, and for now, it looks like he has a lot to learn.

If Meyer can’t find early success with the Jaguars, he could be out of there sooner than one would have anticipated.