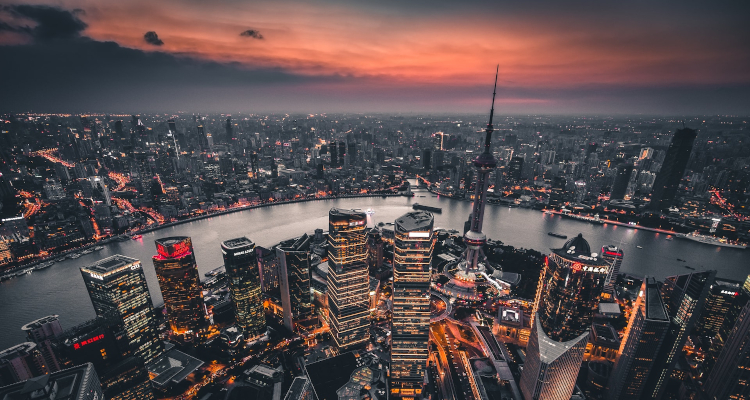 In mid-August, about one month ahead of its IPO, Universal Music Group (UMG) unveiled plans for a “significant expansion of its recorded music operations within China.” Now, the Big Three record label has expanded on the publishing side by opening a new Universal Music Publishing China office in Shanghai.

Universal Music Publishing China announced this Shanghai office’s debut via a formal release that was emailed to Digital Music News. Located “at 800 Show Creative Park of Shanghai’s Jing’an District,” the new branch’s launch was commemorated by an on-site “opening event,” the release proceeds, and UMP China took the opportunity to reveal a localized version of UMPG Window, a songwriter royalty portal.

The overarching Universal Music Publishing Group rolled out Window back in February of 2020, and the digital resource (available both on mobile and desktop) affords creators access to their songs’ real-time earnings data and associated details. Window’s Chinese variation marks the “first local-language version in Asia.”

Of course, given the presence of these CCP figures at the event (as well as the conspicuous inclusion of their names and titles in UMP China’s release), the involved parties had positive things to say about one another, with Mo LiangJin relaying that “UMPG has always adhered to the commitment of placing ‘songwriters first.’”

And Joe Fang, managing director of UMP China and Hong Kong, reciprocated the positive remarks in a statement of his own, indicating in part: “We are confident that UMP China will continue to contribute to the value add of China’s Copyright Industries, a significant part of the State Council’s ‘Outline for Building a Powerful Country with Intellectual Property Rights (2021-2035). I am very grateful for all the incredible support we received from the Shanghai Jing’an government, and incredibly honoured to be part of the new chapter of this great city’s musical history.”

Driving the point home, the release emphasizes that Universal Music Publishing China, “as a member company of the Music Copyright Society of China…has collaborated closely with the industry and government to further enhance protections of songwriters’ intellectual property and support development of the broader Chinese music ecosystem.”

This “close collaboration” with the Chinese Communist Party is undoubtedly a key ingredient in the recipe for operational success in the nation of about 1.4 billion residents, which has made clear the earning potential of its entertainment industry in recent years.

But the Chinese government – which has faced criticism from artists over its shocking human-rights violations – has spearheaded a sweeping crackdown against businesses, musicians, creators, actors, and even K-pop fans in 2021. On the business side, China’s State Administration for Market Regulation slapped Alibaba with a $2.8 billion fine in April, forced Tencent Music (NYSE: TME) to ditch its exclusive music agreements in July, and tagged food-delivery service Meituan with a $530 million fine early last month.

TikTok parent company ByteDance, notwithstanding the large number of privacy-related lawsuits that it’s been a party to, remains absent from the list of entities that are being made to pay massive fines. The short-form video-sharing app reportedly has some one billion monthly active users (MAUs) to its credit, and needless to say, these individuals’ on-app data – not to mention the ability to shape cultural trends and conversations – is invaluable.

Plus, “a Chinese government fund” in August bought “a small stake in a domestic operating unit of ByteDance,” according to Nikkei Asia, besides taking a position on the operating unit’s board.

Bearing the points in mind, ByteDance, far from scaling back its operations as a result of Tencent Music’s penalty, is reportedly prepping a Chinese streaming service of its own and taking steps to launch a Hong Kong IPO in 2022.

Finally, ByteDance over the summer experienced an executive shakeup, and Reuters reported today that TikTok CEO Shou Zi Chew intends to step down as ByteDance’s CFO (remaining on at TikTok), as the conglomerate reorganizes into six “units.” Also, Fortnite will shut down in China later this month, while Yahoo today ceased operating in the Asian nation, nearly nine months after Clubhouse was banned in the state over uncensored content.