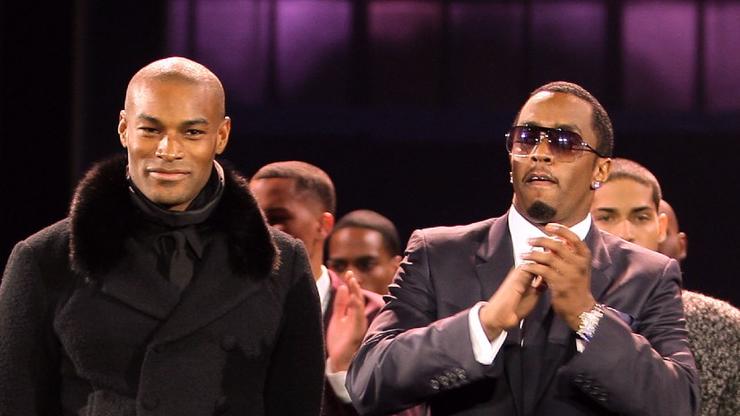 Beckford once modeled for Diddy and later sued him after allegedly not receiving the last $600K of his fee.

Many moons ago, Tyson Beckford and Diddy were entangled in legal drama. Supermodel Beckford once posed for Diddy’s Sean John collection in the early 2000s, but during that time, Beckford reportedly filed a lawsuit against the label owner. In a sitdown with VladTV, Beckford was asked about his suit against Diddy that was filed after the model alleged that he wasn’t paid all of his fees. He reportedly received his first payment without a problem and the second arrived after a struggle, but Beckford sued Diddy for the remaining $600K when the third payment didn’t arrive.

Beckford said he still wasn’t sure what initially happened to set him and the brand at odds. “I heard rumors that they felt like I was getting too big and I was going to make him obsolete. How am I gon’ make him obsolete? He’s his own, you know. Sean John is him, I’m just a face,” said Beckford.

He added that he believed he was just going to come in a “blow sh*t up” for the brand, however, they “ended up going to court over the rest of the payment.” Beckford called the ordeal “heartbreaking” and didn’t understand why someone as rich as Diddydidn’t pay him outright. “I show up on set on time, I had to actually, like, pick up the phone and my manager was like, ‘Walk out. Walk out, right now.'”

“I never got a full explanation or an apology. It is what it is,” he continued. “I remember the late-great Black Rob telling me, ‘You gon’ run into some problems.’ I didn’t think about it and didn’t really digest what he was saying, but I get it. It’s all good.” Beckford added that he did go to court over the money but instead of being paid, it went to the United Negro College Fund.

Watch his explanation below.