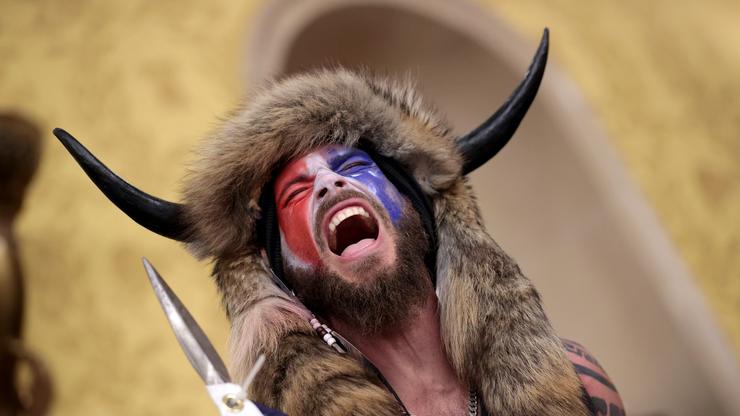 One of the most recognizable figures from the January 6 insurrection at America’s Capitol has worked out a deal with authorities.

Federal authorities are not slowing down their pace in prosecuting the thousands of people involved in the January 6 insurrection at America’s Capitol. Those harrowing moments spelled fear for the battered police officers and members of Congress hiding from the angry far-right mob, and throughout 2021, investigators have been knocking on doors all around the country as they arrest individuals who reportedly were active participants.

Jacob Chansley, or Jake Angeli the “QAnon Shaman,” was one of the more recognizable figures as he was seen with his face painted while wearing a hat of horns. He was photographed inside of the Capitol with an American flag and a bullhorn, and all these months later, his legal fate has been shared.

Chansley was charged with six counts including “civil disorder, violent entry and disorderly conduct, as well as a felony count for obstruction of an official proceeding, which carries a maximum sentence of up to 20 years in prison,” reported CBS News. However, Chansley struck a deal with prosecutors and reportedly pleaded guilty. In turn, he is looking at somewhere between 3.5 to 4.5 years in prison and has “agreed to pay restitution of $2,000.”

Additionally, Chanley’s attorney said that his client no longer wants to be associated with the “QAnon” conspiracists. “Mr. Chansley, a long avowed and practicing Shaman, has repudiated the ‘Q’ previously assigned to him and requests future references to him be devoid of use of the letter ‘Q’.”