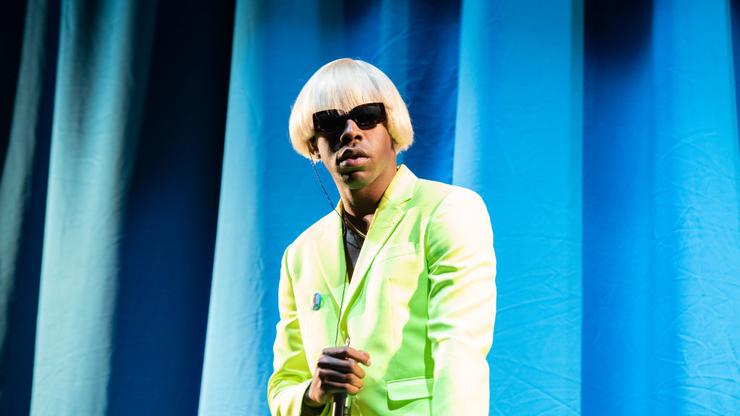 Prior to the arrival of CALL ME IF YOU GET LOST, it seemed as if the game forgot that Tyler, The Creator could actually rap. Though many of his recent releases veered into more experimental territory — including his Grammy Award Winning IGOR — his latest body of work served as a welcome reminder that Tyler can spit bars with the best of them.

It’s also worth noting that the Odd Future innovator continues to be inspired by his hip-hop peers. During a recent XXL interview, Tyler opened up about Kendrick Lamar’s “Family Ties” verse, a release that — for a few moments, at least — shut down the rap world. For Tyler, Kendrick’s performance and creativity was impressive enough to leave a lasting impression.

“You know why it ruined me? Because it’s someone at that level still gunning,” Tyler, The Creator said. “He’s trying new voices. He’s trying new shit. He’s still learning. You can tell he was off his phone for a few months.”  The story also notes that Tyler jokes (or so we interpret) about calling Kendrick every day to praise his work, pledging to “just stay weird and stay tryin’.”

It’s cool to see an artist single out one of his peers as a chief source of inspiration, with Tyler placing particular emphasis on Kendrick’s mastery of cadence. Fans already know that Tyler isn’t afraid of manipulating his voice, having previously experimented with various pitches for stylistic effect. It will be interesting to see if Kendrick’s “Family Ties” verse will drive Tyler into the booth — after all, he confirms in the same interview that he’s always working on new music.

Check out Kendrick’s verse on Baby Keem’s “Family Ties” below if you need a reminder.