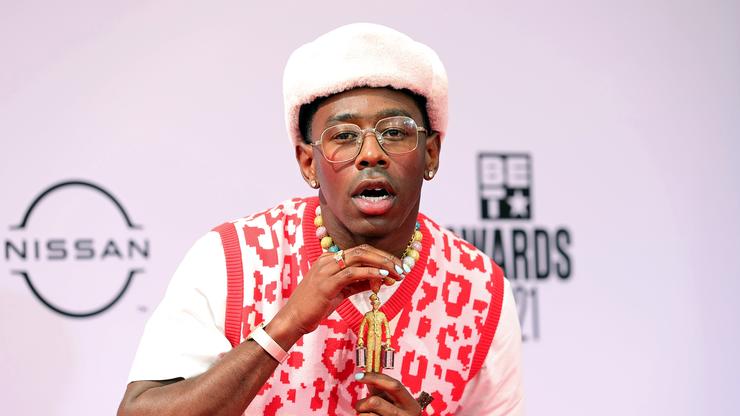 Tyler, The Creator revealed his favorite songs of 2021 on Twitter.

Tyler, The Creator revealed his ten favorite songs from 2021 on Twitter in honor of New Year’s Eve. Kanye West, Baby Keem, Faye Webster, and more all landed on Tyler’s best of the year. He even included a selection from his own most recent album, Call Me If You Get Lost.

Kanye’s “Life of the Party” has been praised by Tyler since it was first leaked in September 2021. In particular, Tyler’s sung André 3000’s praises for his verse on the song.

He wrote on Twitter at the time of its release: “man i heard life of the party a few months back and lost my mind. song is beautiful man i want to eat it. very anita baker styled progression. original verse was so warm and true. pretty.”

Check out Tyler’s favorites from 2021 below.