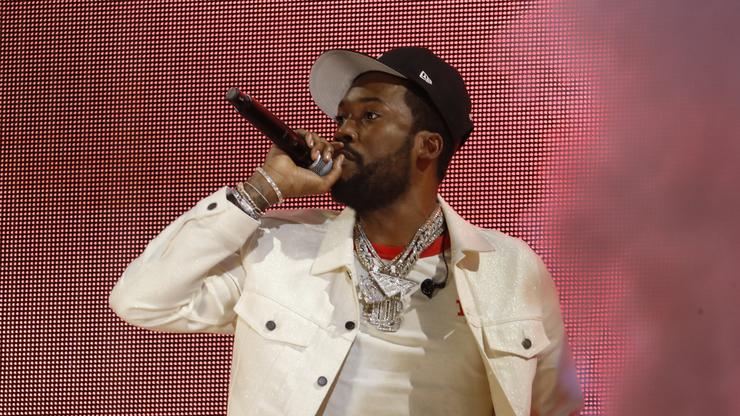 Meek has been vacationing with Lil Baby the past few days.

Life has been good for Meek Mill in 2021. His fifth studio album Expensive Pain brought his long-awaited return to the hip-hop landscape in October, as he linked with Lil Uzi Vert, Lil Baby, Lil Durk and more for an impressive showing.

To close out the year, Meek met up with Baby again, except rather than a collaboration, they decided to kick back on vacation. For the last few days of 2021, Meek and Baby have been living it up on a yacht in the Caribbean, more specifically Saint Barthelemy.

The duo is also joined by Jayda Cheaves, Lil Baby’s baby momma. It is not clear what her and Baby’s terms are right now relationship wise, as there were rumors Baby was involved with Saweetie. But, it seems like they are cordial for now.

As Lil Baby and Jayda kicked back, Meek Mill turned up on the night of New Year’s Eve, performing some of his music for the crowd on the boat. In a video that surfaced from the set, Meek was seen playing his magnum opus fan favorite, “Dreams and Nightmares.”

While some of his rapper friends were partying with Kanye in Miami, the ocean and Lil Baby were all Meek needed to have a good time. On the trip, Meek has been seen with fans, playing basketball on the court installed on the yacht and losing his Chrome Hearts hat in the wind in a goofy video.

Hopefully you had as good of a time as Meek Mill did when you celebrated New Year’s.