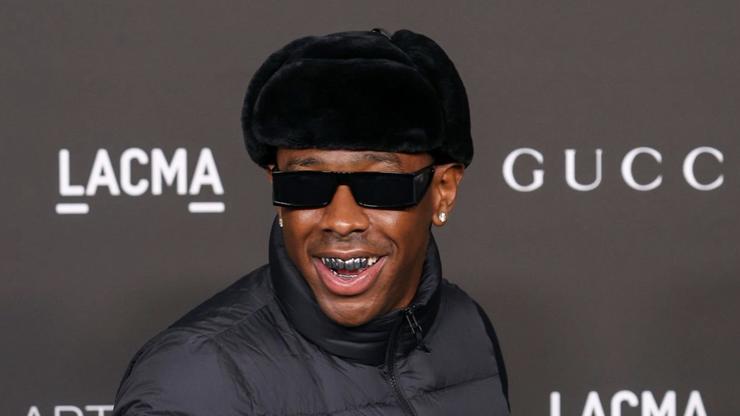 Take a walk down memory lane as Tyler wanders around Beat Street Records.

There is nothing like a Nardwuar interview to get your blood flowing, and he returns with his fifth with Tyler, The Creator. The rapper has been blown away by Nardwuar’s extensive knowledge for years and now, like many others, he embraces his eccentric, lovable personality. This time, Tyler visited Nardwuar at Beat Street Records where they once again hashed out Tyler’s secrets and unknowns for almost an hour.

The Call Me If You Get Lost No.1 hitmaker perused the store that housed all sorts of goodies from music history. From classic, coveted magazine and album covers to tour posters to lifesize cutouts of rappers to limited edition collectibles, Tyler was flooded with memories.

It’s clear that Tyler, The Creator is no longer surprised by the topics brought up by Nardwuar, especially pertaining to the early days of his musical aspirations. The rapper spoke at length about the person who taught him how to make music with programs like Garage Band, shared his picks of the best place to get donuts in Los Angeles, and gushed over receiving a particular edition of the now-defunct Urb magazine with N.E.R.D. on the cover. Apparently, he tried to purchase it from a magazine stand when it was released but only had $4 of the the $6 cost so he missed out, making it one of the few that he didn’t have in his collection, until now.

It’s yet another unbelievable interview under Nardwuar’s belt, so check out his time with Tyler, The Creator at Beat Street Records below.