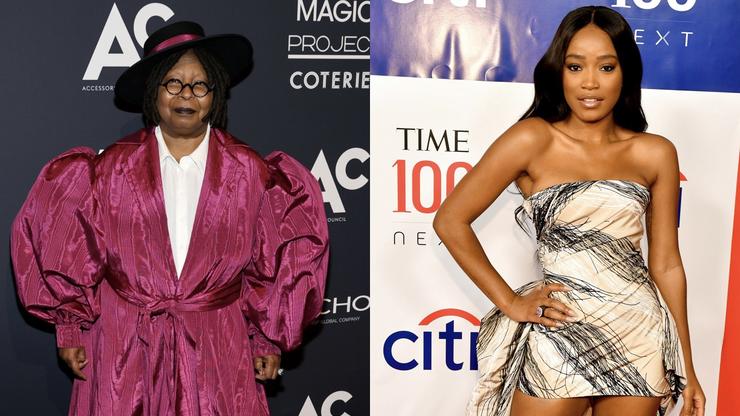 The actress stopped by “The View” to promote her new book series and ended up shooting her shot at a role in the upcoming movie.

If anyone knows how to stay booked and busy, it’s Keke Palmer. Not only was she on hosting duties at this year’s Met Gala, but she’s also been hard at work on a book series called Southern Belle Insults, which she dropped by The View to promote this week.

About halfway through the interview, Palmer saw the perfect opportunity to shoot her shot with one of the talk show’s hosts, Whoopi Goldberg. “Now Whoopi, I gotta shoot my shot, like I did with Issa a little bit ago,” the actress said, referring to how she managed to land herself a role on the final season of Insecure simply by tweeting at creator Issa Rae.

“I heard that Tyler Perry is doing Sister Act 3 and I just want you to know I’m available for the job. Any job, I mean, you ain’t got to say nothing now, you know, I’ll send you an email or something. Just let me know if you need me.”

Goldberg responded with a smile, “I already brought it up,” informing her famous friend that she’d already put Palmer’s name in Perry’s ear. The success she found from asking to be on Insecure gave her the confidence to try again, and it’s obviously working in her favour seeing as her name is ending up in all the right rooms.

“That’s how crazy life is. You never know what you gonna get. I mean, I had no idea that it was really gonna happen,” Palmer told ET after revealing that Rae had cast her. “I love Issa. I love the opportunity of working for her. I’m a big fan of the show. It’s also a very full circle because first season she was working with the non-profit [We Got Y’all] and she was like, ‘Oh yeah, the kids would love it if Keke Palmer came.’ And then now in the fifth season, I’m getting the opportunity to work on the show. So, it’s fun.”

Do you think Tyler Perry should cast Keke Palmer in Sister Act 3? Leave a comment and let us know.