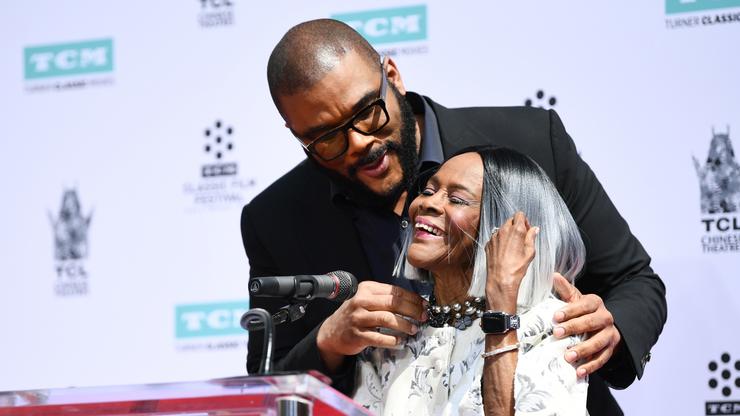 The late actress appeared in several of his films, and Perry says he paid her the hefty amount for just one day of filming because he knew her value.

The world lost an incredible talent when Cicely Tyson passed away last year at 96, but she left an imprint on Hollywood unlike any other. The television and film star was fondly remembered for her iconic roles and unforgettable moments that have been carved into pop culture, and Tyler Perry is a filmmaker who made sure he continued to work with Tyson well into her twilight years. Perry has long admired Tyson and her credits, and he would go on to feature her in several of his movies including Diary of a Mad Black Woman, Madea’s Family Reunion, and Why Did I Get Married?

Perry is AARP The Magazine‘s August/September cover star, and inside, PEOPLE reported that the award-winning mogul revealed he paid Tyson $1 million for one day of work back in 2007 because he knew her value.

“This woman had done so many amazing things, but she wasn’t well compensated for it,” he stated. “She made $6,000 for Sounder, you know? I wanted to make sure she knew that there were people who valued her… It makes me feel great that I was in a position to give this incredible woman some security in her latter years.”

In his conversation with the magazine, Perry also detailed those early days of his career when he was homeless and trying to get his plays into production.

“After that, I tried again — many, many times — to produce the play,” said Perry. “I would get different jobs between those times, but I’d quit to work on the play, and I ended up homeless. For three months, I lived in a Geo Metro that I was hiding from the repo man.” He also spoke of his upbringing in Louisiana, adding, “There are a lot of people I went to school with who did not make it, who ended up in prison, who ended up murdered, especially during the time of the crack cocaine infusion into America.”

“I credit my getting out to my mother, my aunts, my grandmother — all these incredible women who prayed and taught me things and believed in me,” said Perry. “Had I not had their examples and their straight-up backbone — their insistence that I make something of myself — I don’t know where I’d be.”