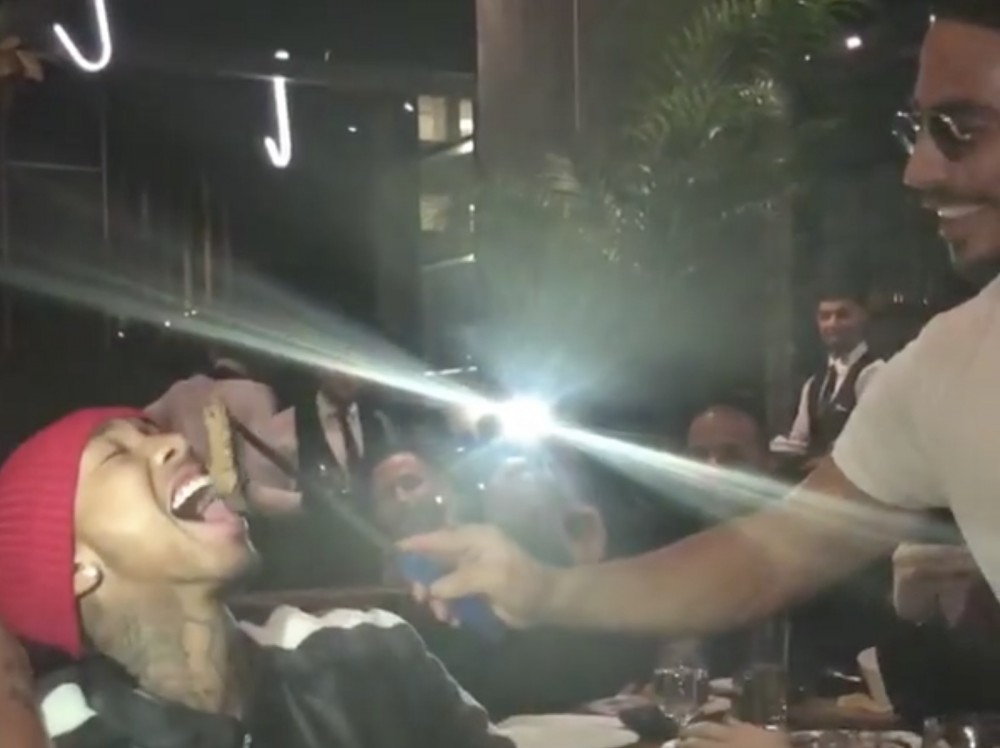 In the hilarious Rob Lane Edits clip, Tyga gets some familiar faces ice-grilling him over his meat-eating moment.

A few days ago, Tyga tossed up the jaw-dropping shot himself getting fed by Salt Bae.

The same week, Tyga hit up Instagram to get fans geeked out over the clip.