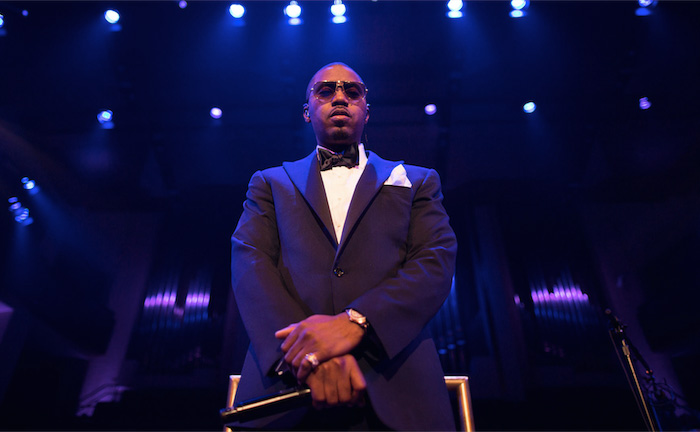 Nas is bringing Illmatic to the Kennedy Center.

The Queensbridge icon will perform his seminal 1994 debut album with the National Symphony Orchestra at the famed performing arts center in Washington, D.C. during a special for PBS, which is set to air next month.

In a trailer for the show, Esco opens up about what the experience means to him. “Before there was a fan base, a crowd, or audience, I was the fan base. The mirror was my audience. Myself, in a room by myself, was all I needed,” he said. “I wrote this in the projects in New York City. Here we are in the capital America, Washington, D.C., playing this album and they’re feeling it.”

A trailer for the show features performance footage meshed with interviews and vintage photos and video. Rocking a tuxedo with a bow tie, Nas delivers a heartfelt rendition the album’s cuts, including “The World Is Yours,” where he changes lyrics around to shout out President Barack Obama. “I hope that you can look through the dream with me and see the journey I took to be on the stage with the orchestra,” he added.

Twenty-four years after dropping his heralded debut, Esco is reportedly wrapping up his next album. The follow-up to 2012’s Life Is Good is among the year’s most anticipated projects.