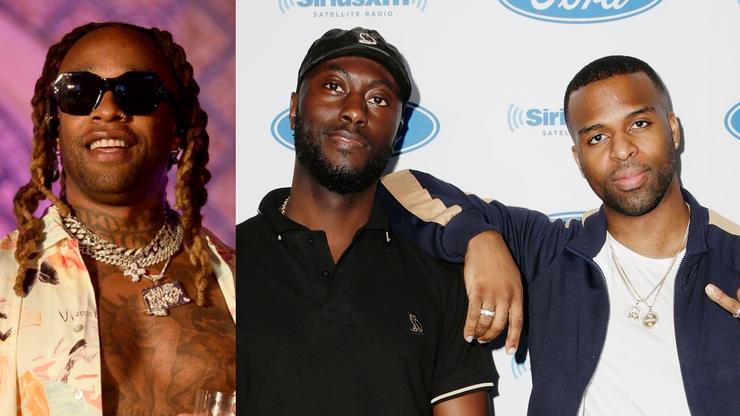 They released their collaborative effort “Cheers to the Best Memories” last week—a project they say they have been sitting on for years.

Their collaborative project is still on heavy rotation for R&B lovers, and Ty Dolla $ign and dvsn are speaking about why they decided to come together for a joint album. The California crooner and the OVO Sound duo released Cheers to the Best Memories last Friday (August 20), and they recently spoke with Nadeska on Apple Music 1 about the 11-track effort that hosts looks from Mac Miller, YG, and Rauw Alejandro.

They revealed that they have been sitting on this project since 2018. “I think a lot of our friends too, probably just like, ‘Yo, what happened to that Dvsn?'” said Ty. “Like, ‘Yo, you need to drop, like why are you just holding all this in your laptop.’ And I’m like, ‘Oh, you’re right.'”

“Nineteen85 started sending beats, and me and Ty just kept going in on them, and then sending them back,” said dvsn‘s Daniel Daley about his producing partner. “And then it was kind of like, ‘Yo, I’m going to pull up.’ He came out, we linked for a bit, and we’re kind of like, yo. It’s kind of funny because like we went there to do one record, and we’re kind of like sitting on a whole project if we wanted it to be like, an EP almost.”

“I think we had maybe like five, six records, and then we’re just like, ‘Yo, it would be crazy if we did some like R&B Watch the Throne,” he continued. “And we kind of just laughed it off, we left it alone for a bit. And then we locked back in over just the past couple of months, and [inaudible] to like do something with that. Finish it up, add to it, and give it to the streets and see what’s good. So it panned out.”

Have you listened to Cheers to the Best Memories yet? If not, check out the project below.