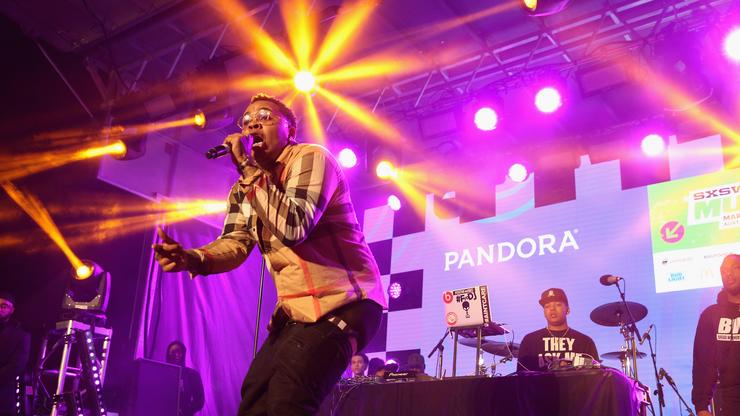 On Thursday, rapper Kevin Gates took to Instagram to show off a jump he did during a recent performance in Kansas City. Little did he know, the post would end up going viral on Twitter after being made into dozens of different memes.

“Oh Ye who Believe – Gifted – dive into the crowd no safety harness #HealingExperience #iamHim #KhazaTour,” the 35-year-old captioned his photo.

In the picture, Gates can be seen leaping into the air, with his legs and arms tucked behind his back. Many couldn’t help but notice that the artist has become noticeably slimmer throughout the COVID-19 pandemic.

“Kevin Gates got slim and been actin different ever since,” one person tweeted.

“Kevin Gates did this shit in a fedora bruh. Mfs lose weight and start doing all sorts of unnecessary movements,” another viewer wrote.

Others pointed out that the “2 Phones” singer looked as though he could fit into the cast of various movies with his jumping skills, including Step Up, High School Musical, and Stomp The Yard.

Some couldn’t help but question which of Gates’ songs could possibly prompt him to leap into the air like he did.

“There’s absolutely no Kevin Gates song that requires dis maneuver but to do it in Kansas City in a small venue is da craziest shit,” one Twitter user pointed out.

Gates has yet to address those that have been clowning him, although he did post a tweet about semen being “Life Force,” which only prompted more jokes at his expense.

What do you think about Kevin Gates’ new dance moves? Let us know in the comments.