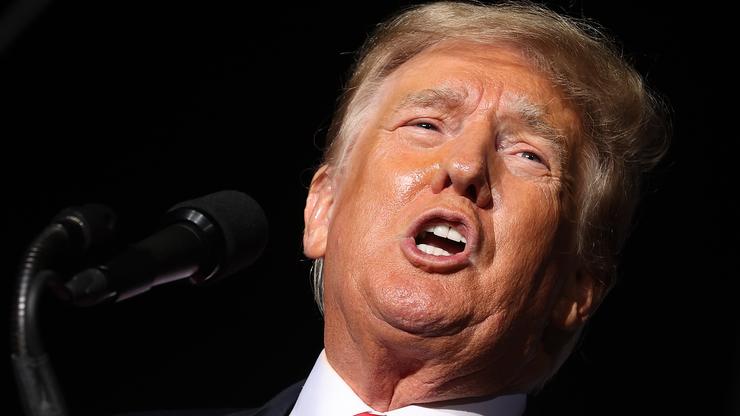 Trump was briefly booed by his supporters in Alabama after encouraging them to get vaccinated.

Donald Trump’s adorning fans hardly ever go against what he says but he may have not received the response he expected when he began preaching about the vaccine. Over the weekend, the former president held a rally in Alabama where he advised the crowd to get inoculated while boasting that Moderna, Pfizer, and Johnson & Johnson vaccines were created within nine months of his presidency.

“You know what? I believe totally in your freedoms, I do. You got to do what you have to do, but I recommend: Take the vaccines. I did it – it’s good,” he said before a few boos were heard from the crowd. “That’s alright. You got your freedoms. But I happen to take the vaccine. If it doesn’t work, you’ll be the first to know. I’ll call Alabama say, ‘Hey you know what?’ but it is working. But you do have your freedoms.”

It isn’t quite a shock that Trump received this response. Per the CDC, Alabama currently has the second lowest rate of people who are fully vaccinated with 35%. Those that have at least one vaccination are at 47%.

Cullman, AL, where Trump hosted his rally, has been considered a high transmission area by state health officials. The city of Cullman also declared a local state of emergency on Thursday ahead of Trump’s rally.

Check out the clip from his rally below.