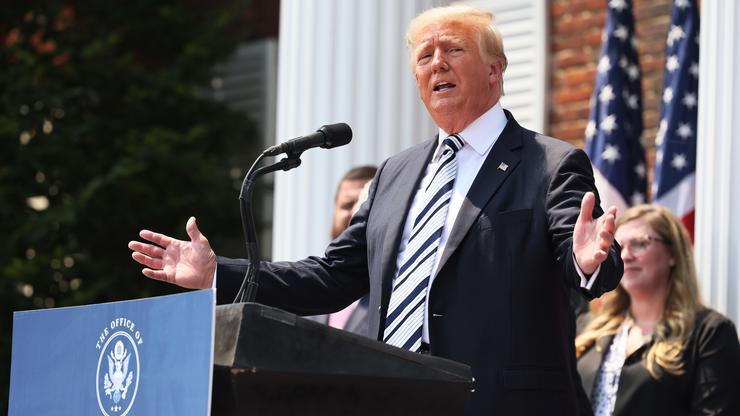 Donald Trump is no longer president, but he’s finding ways to make money off his political power. The former president still needs secret service, armed guards that protect presidents and former presidents alike. When Trump left the White House in January, he moved into his Mar-a-Lago Club in Palm Beach until May. Although it’s his own property, he charged the Secret Service $40,000 for their time living there protecting him.

In May, Trump and his Secret Service went to go stay in New Jersey for 18 days. He charged $10,200 to the Secret Service for their stay at his resort protecting him. Records indicate that since Trump left office in January, taxpayers have paid the former president’s businesses over $50,000 for rooms used by the Secret Service.

The Washington Post obtained a “hotel request” form that stated Secret Service agents were planning to stay in the New Jersey resort until at least July 1, which means that costs will continue to go up. “The service is more focused on the protective necessity, as opposed to, ‘How much is it going to cost after the fact?’ There’s nothing they can do” about the cost of the protection, explained Jonathan Wackrow, a veteran Secret Service agent. “It’s a question of not, ‘Can they do it?’ but ‘Should they be charging that much?’ ”