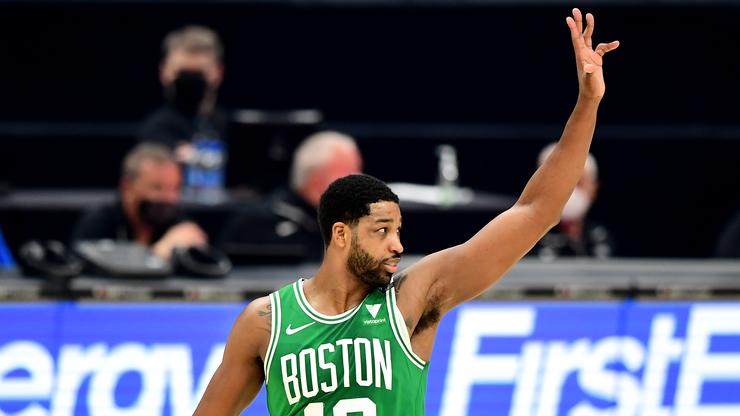 The internet really isn’t feeling Tristian Thompson. After news broke that he and Khloe Kardashian split once more due to his infidelity issues, fans of the model started to hound the athlete. He still can’t seem to leave her alone though. The Boston Celtics forward left a trio of heart emojis underneath a picture of Khloe on Instagram. To be fair, Khloe was looking great in the photo.

“Can you just NOT. You’ve hurt her so many times and now you wanna come put ððð on the post,” responded one follower to Thompson’s emoji flirt move. “You didn’t treat her right so somebody else will. Uggghhh the audacity URKS me Tristan!!!!!!”

“Back off dude , leave her live her good life now!!!” Replied another angry fan. “And there is Tristan daydreaming he will ever be with this beautiful woman again!” wrote yet another angered fan. “Player..grow up ..raise your kid and leave this soul for someone that deserves herð.”

Recently, Thompson came at Lamar Odom for posting flirtatious emojis underneath a hot picture of Khloe as well. “God brought you back the first time. Play if you want, different results,” he wrote, in an obvious state of jealously and rage. However, Thompson has cheated on Khloe too many times to try and play that card.