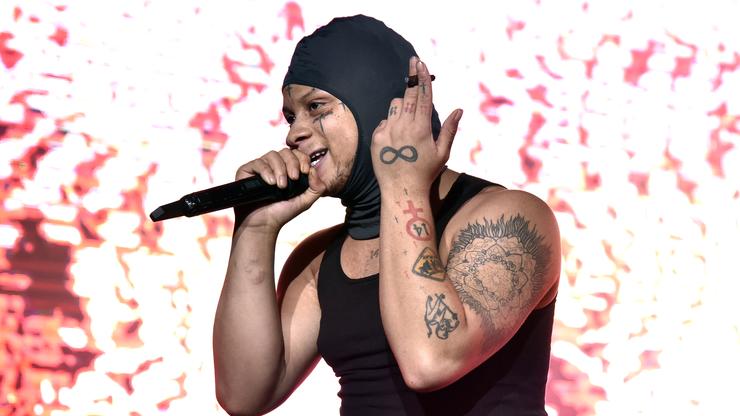 Last Friday saw the release of highly anticipated albums from Hip-Hop artists such as Vince Staples, 42 Dugg & EST Gee, Fivio Foreign, and Coi Leray, and over the last several days, the first-week sales projections for nearly all of those projects have been revealed.

While none of them are coming close to pulling off a commercial performance powerful enough to enter the top five spots of the Billboard 200, Fivio Foreign’s B.I.B.L.E. is on pace for a top 10 debut with 29,000 album-equivalent, and 42 Dugg and EST Gee’s Last Ones Left will likely land right underneath Fivio at number 11 with 26,000 album-equivalent units. Meanwhile, Coi Leray and Vince Staples are both projected to move less than 20k, with the former’s debut album, Trendsetter, reportedly on route to push a meager 11,000 album-equivalent units.

In light of all of the new sales figures, Trippie Redd has come forward with a lighthearted message dedicated to his contemporaries who have been putting low numbers up on the boards.

In a brief clip posted to his Instagram story and subsequently reposted by DJ Akademiks, Trippie Redd jokes about the recently revealed low first-week sales without naming any one particular artist in particular.

“I need all the C-list rappers — we bout to create the Avengers of trash n*ggas!” the 2018 XXL Freshman exclaimed mischievously. “N*gga, we gon’ sell what? If we all put our 30 thousand first week together, we gon’ make a mil, ni*gga!”

Check out the video for yourself below.

While Trippie Redd seems to be joking in the clip, there is no indication as to whether he has any hard feelings towards any of the previously mentioned rappers. Furthermore, despite inserting himself into the joke, none of Trippie Redd’s main studio albums or side projects have sold less than 50,000 album-equivalent units first week since his mainstream debut in 2018, which is probably how he was able to ink such a lucrative deal with 10k Projects last month.

What are your thoughts regarding first-week sales? Do they provide a meaningful representation of the quality of an artist’s work or are they just a metric that reflects popularity? Let us know in the comments.