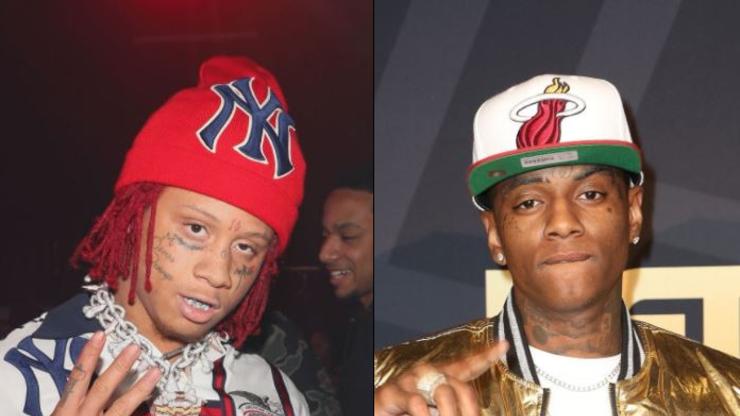 Soulja recently shared a video where he called out publications for being “false news.”

A recent rant by Soulja Boy has captured the attention of Trippie Redd and the Pegasus rapper wasted no time in teasing Drako. This week, Soulja Boy had a bone to pick with various publications including HNHH, VladTV, XXL, and No Jumper. He accused the outlets of being “false media” and told his fans not to read any stories reporting news about him. Trippie surfaced on his Instagram Live where he poked fun at Soulja Boy as he used a high-pitched voice to mock his recent tirade.

“I’ve been f*ckin’ all the b*tches. I’ve been working with all the rappers,” Trippie teased on his Live. Then, Trippie offered his advice. “Bro it’s life, shut the f*ck up! Do it again! Tell that n*gga do it again, man! N*gga be ranting and talking all this crazy sh*t on the internet. Do it again! Can you go platinum for engineering and producing songs again? N*gga be prolonging the situation. Bro, it’s 30 plus years later. ‘I’m Big Soulja!’ It’s 30 plus years later my n*gga, wrap it up. Clean it up. When’s the last time you went platinum this year? Last year? The year before that? The year before that? The year before that?”

“You got on the internet and said a bunch of nothin’ about nobody,” Trippie continued. “The internet be gettin’ to people’s head, I swear to God. I be wanting to go Live and just say certain sh*t about certain n*ggas like, bruh, shut up! You not no gangsta!”

Watch a clip from Trippie Redd’s Live below.