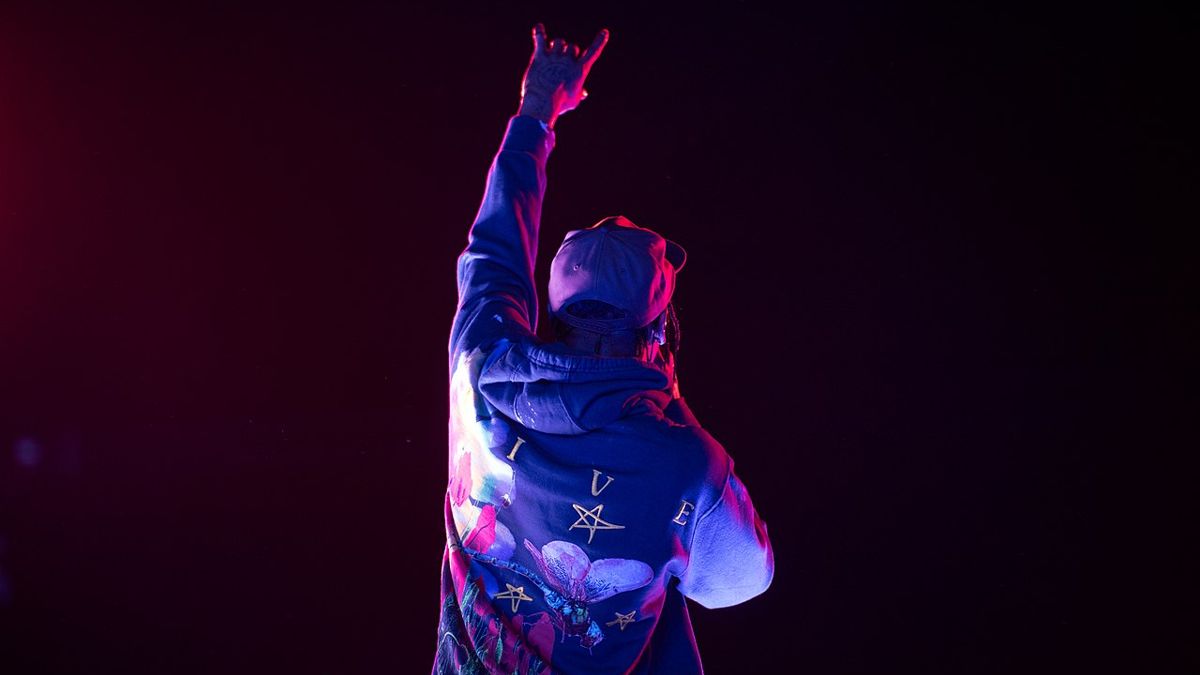 The rapper was supposed to headline Coachella 2022 this year, but ended up at an afterparty following what happened at Astroworld. Now Scott has taken the stage in London rocking futuristic shades a la Geordi La Forge and wearing a t-shirt from his current Nike-backed Cactus Jack x Air Jordan collaboration. Scott played many of his familiar hits for the sold-out crowd, but he also debuted several unreleased songs.

Following the concert, Travis Scott celebrated being back on stage again with NBA stars James Harden and Kevin Durant. In a video posted to Instagram, you can see the rapper getting doused in champagne by Kevin Durant, with Harden saying, “The biggest in the world is back!”

The Travis Scott O2 Arena performance was part of a two-night set (August 6&7) in London. The show is a warm-up for his Road to Utopia residency at the Las Vegas Zouk night club. Scott will perform seven shows between September 17 and October 15.

“Travis Scott was a seamless fit for the Zouk Nightclub roster,” Zouk Group CEO Andrew Li told Digital Music News. “His electric performances will pair perfectly with our immersive atmosphere, bringing our guests an unmatched show unlike anything else they can find in Las Vegas. We can’t wait to kick off his residency and continue to amplify our talent lineup.”

Travis Scott made his first appearance at the Zouk nightclub in a surprise show after the 2022 Billboard Music Awards. The rapper has also made headlines recently for appearing on a list of musicians with the most CO2 emissions by private jet flights. His girlfriend Kylie Jenner appears in the top spot, although she’s not a musician.