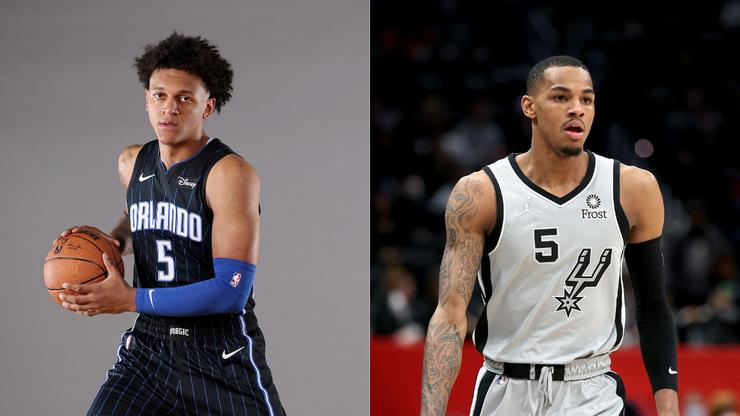 Paolo Banchero and Dejounte Murray went at it on social media after a play from their recent pro-am game went viral.

Orlando Magic rookie Paolo Banchero and Atlanta Hawks guard Dejounte Murray got into on social media, Sunday, after a clip of a play from the Zeke-End pro-am basketball tournament in Washington went viral online. The video shows Murray pump fake Banchero and throw up an alley-oop to himself for a dunk.

“lol unfollowed me on tha gram n everything it must be personal huh?” Banchero wrote on social media. “that’s fine jus make sure u guard up next time n stop sending doubles family.”

Murray fired back: “You Tried To Flex That #1 Pick Shit On Me When I Been Rooting For You When You Was A Kid Asking To Rebound For Me @paolo5 Don’t Get On This Internet Saying Nothing… You Changed From The Humble Kid You Always Was And I Stand On Real Shit Boy And YOU KNOW!!!!!!!!! You Made It And Changed And I Lost All Respect!!”

Banchero was taken with the first overall pick by the Magic in the 2022 NBA Draft, while Murray went 29th overall to the San Antonio Spurs in the 2016 NBA Draft.

While the 2022-23 NBA regular season schedule has yet to be released, Banchero and Murray are sure to square off four times as both the Hawks and Magic are in the Southeast Division.

Check out the highlight as well as Banchero and Murray’s exchange online below.