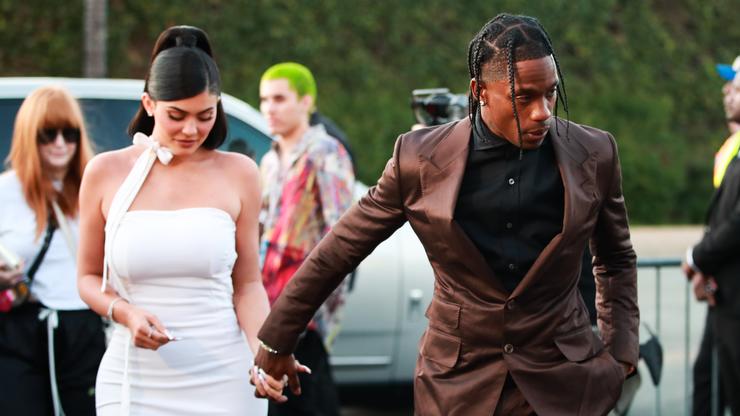 Nike also distanced themselves from the rapper, delaying the release of a new Travis Scott shoe.

It’s been nearly a month since the crowd surge that claimed the lives of 10 people took place at Travis Scott’s Astroworld Festival, and the rapper is continuing to face the fallout. It seems that the “YOSEMITE” recording artist had a lot of big plans for the weeks following the event, but in the wake of tragedy, many of them have fallen apart or been delayed.

Not long after the event was ended early, it was revealed that Scott and his pregnant girlfriend Kylie Jenner were expected to grace the cover of an upcoming W Magazine issue. As you may have guessed, employees at the publication realized how tasteless it would be to sell the couple’s faces on newsstands at a time like this, and scrambled to stop delivery trucks that would be dropping them off shortly.

“W editors have cleared any planned coverage of Travis and Kylie from their website, but the magazine was already printed, and now they are trying to stop the delivery trucks,” an insider told Page Six at the time. “In light of what happened at Astroworld, the interview and cover lines seem inappropriate, to say the least.”

Despite the magazine’s best efforts, a video revealing what the cover shot looked like has leaked online, showing Kylie and the pair’s daughter, Stormi, wearing coordinated yellow looks, complete with feathers on the sleeves. The Houston native can be seen sitting near his partner, seemingly listening to their upcoming arrival’s heartbeat.

As Scott began receiving backlash for what had happened at his show, some speculated that Jenner would leave him, but TMZ reports that “they’re still very much together as a couple.”

Check out the leaked footage of Kylie Jenner, Travis Scott, and Stormi Webster’s W Magazine cover that almost was below.