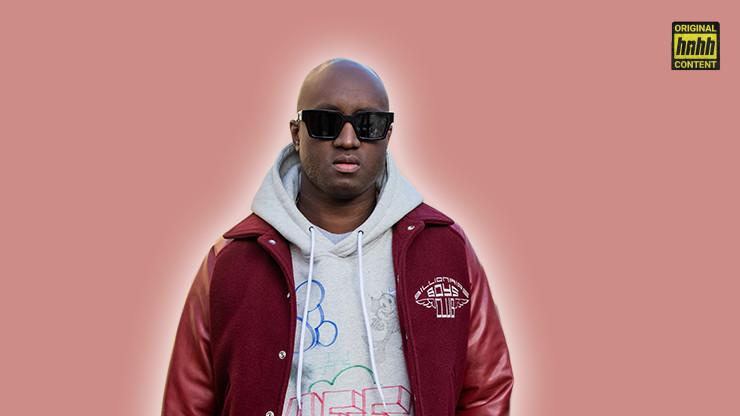 Virgil Abloh’s seemingly sudden passing (where the general public was concerned) has hit the streetwear, fashion, and sneaker communities very hard. With Off-White and Louis Vuitton, Virgil was able to turn streetwear into a high fashion enterprise that could be respected and recognized by some of the most legendary designers known to mankind. With that being said, it’s clear that Abloh had a huge influence on the world of fashion, and in death, his legacy will forever live on. He inspired designers from marginalized communities to pursue their passions in spaces that had never been open to them before, and that in and of itself is something to be admired and celebrated.

When it comes to his love child, Off-White, Virgil made huge waves in 2017 as it was revealed that he would be making an entire collection with Nike called “The Ten.” This capsule included ten of Nike’s most beloved silhouettes, and immediately upon release, fans fell in love with these shoes. In the years that followed, Virgil continued to create dope Nike shoes, while even dabbling in Air Jordans along the way. All of these shoes immediately sold out upon release, and throughout 2021, fans have been blessed with even more great Virgil x Nike creations.

To honor Virgil and his impact on the sneaker world, we are counting down our favorite Off-White x Nike collabs that have been released since 2021. There is certainly going to be a lot of debate here, although, we can all agree that every single shoe here is a key part of the legacy Abloh left us with.

To kick off the list, we are going with perhaps the most underrated model from “The Ten” collection. The shoe’s lack of popularity can be chalked up to the fact that at its core, it is a basketball shoe that is meant to be worn on the court. This is not the type of sneaker you will be rocking out in the streets, and as a result, it was left behind a little bit. However, you cannot overstate just how fire this shoe is from a basketball perspective. The all-white colorway complements the silhouette perfectly, and the strap that comes over the top of the foot is a nice little detail that works perfectly with the Off-White aesthetics. If you wear these on the court, you will immediately stand out, which is really all the more reason to cop a pair.

Who doesn’t like some Blazers? Sure, it may not be the most popular Nike silhouette of all time, however, if you are a skater, you can certainly appreciate these. The Blazers have always been fire and the Mid silhouette was the perfect canvas for Virgil’s design philosophy. There were plenty of colorways of this shoe to choose from, however, the OG white and black model remains the best of the bunch. The look of the shoe was just incredibly clean and fans couldn’t help but eat them up when they came out. This version of the Blazer remains the most expensive on the resale market, and even without the economics behind the shoe, you have to give it its props.

This is one of the harder models to rank here when you consider how there were 50 different colorways of this shoe. For those who don’t remember, this model came out in 2021 and 49 of the 50 variations had the same white and grey color scheme. The big difference was each pair came with a different color of laces. There was this sense of randomness with the collection and it’s something that really excited fans as they had no clue which kind of pair they would get upon delivery. It was a truly unique idea that spoke to Virgil’s creativity as someone who likes to customize. While the colorway of the shoe was nothing special, the story behind it all was perfect, and at the end of the day, you cannot go wrong with a Nike Dunk. 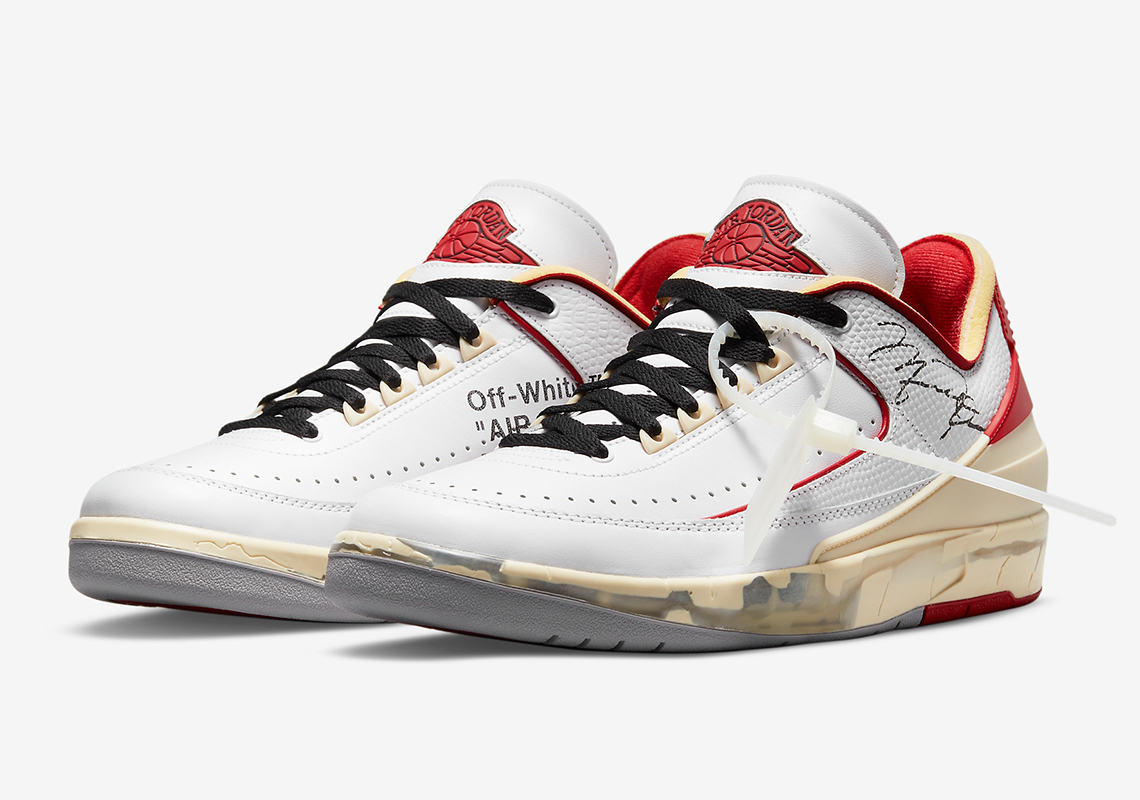 Abloh’s final collaboration with Nike was on the Air Jordan 2 Low. The Jordan 2 let alone the Jordan 2 Low, is often a forgotten silhouette amongst sneakerheads. Everyone knows that the Jordan 2 is the shoe that almost forced Michael Jordan to leave Nike. Regardless, Abloh decided to take a chance and in the end, it paid off as he created two very dope colorways. For the purposes of this list, we have chosen the white and red colorway as the better of the two because it has that classy vintage look that also pays homage to Michael Jordan’s days with the Chicago Bulls. With his DIY aesthetics, Virgil was able to make the Air Jordan 2 Low interesting and it got a generation of sneakerheads into an otherwise understated model. Having said that, you have to include the shoe on this list.

What kind of list would be complete without an Air Force 1 Low somewhere to be found? Virgil Abloh has worked on a few Nike Air Force 1 Lows, however, the one that stands out the most is the “MCA” offering which was released to commemorate Virgil’s exhibit at the Chicago Museum of Contemporary Art. Virgil had a deep love for the arts and it culminated in an all-blue Air Force 1 Low that came with a silver swoosh on the sides. This model immediately drew looks from fans who saw pairs get gifted to big stars like Serena Williams. It remains one of the more limited Off-White releases of all time, and to this day, fans are still trying to get their hands on a pair. In 2019, Virgil was experimenting with louder colors and this shoe was a manifestation of that.

To celebrate the 30th anniversary of the Air Jordan 5, Jordan Brand released a ton of new colorways and even some dope retros. One of the models they brought out was an Off-White x Air Jordan 5 collab, just in time for All-Star weekend. This shoe was unique thanks to its transparent black colorway and yellow-tinted midsole. Not to mention, the shoe had little windows in the side and even the back heel, which added some personality to the sneaker. It certainly wasn’t the flashiest shoe that Virgil had come out with, but it was still exceptionally clean and drew overwhelmingly positive responses from fans. In fact, this shoe was so good that we got a second colorway called “Sail.”

Speaking of “Sail,” we now have the only women’s exclusive shoe on our list. The Off-White x Air Jordan 4 seen above was an immediate hit that even had the men reaching for their wallets. After releasing in 1989, the Air Jordan 4 immediately became an iconic silhouette, and there was no doubt in anyone’s mind that an Off-White version of the shoe would be fire. Instead of going with a classic colorway, however, Virgil threw a curveball at everyone and with a much subtler creamy shade of “Sail” that works exceptionally well with any outfit. Once again, not flashy by any means, but it doesn’t need to be. This was a dope colorway and hopefully, Jordan Brand comes through with some similar models, in the future. 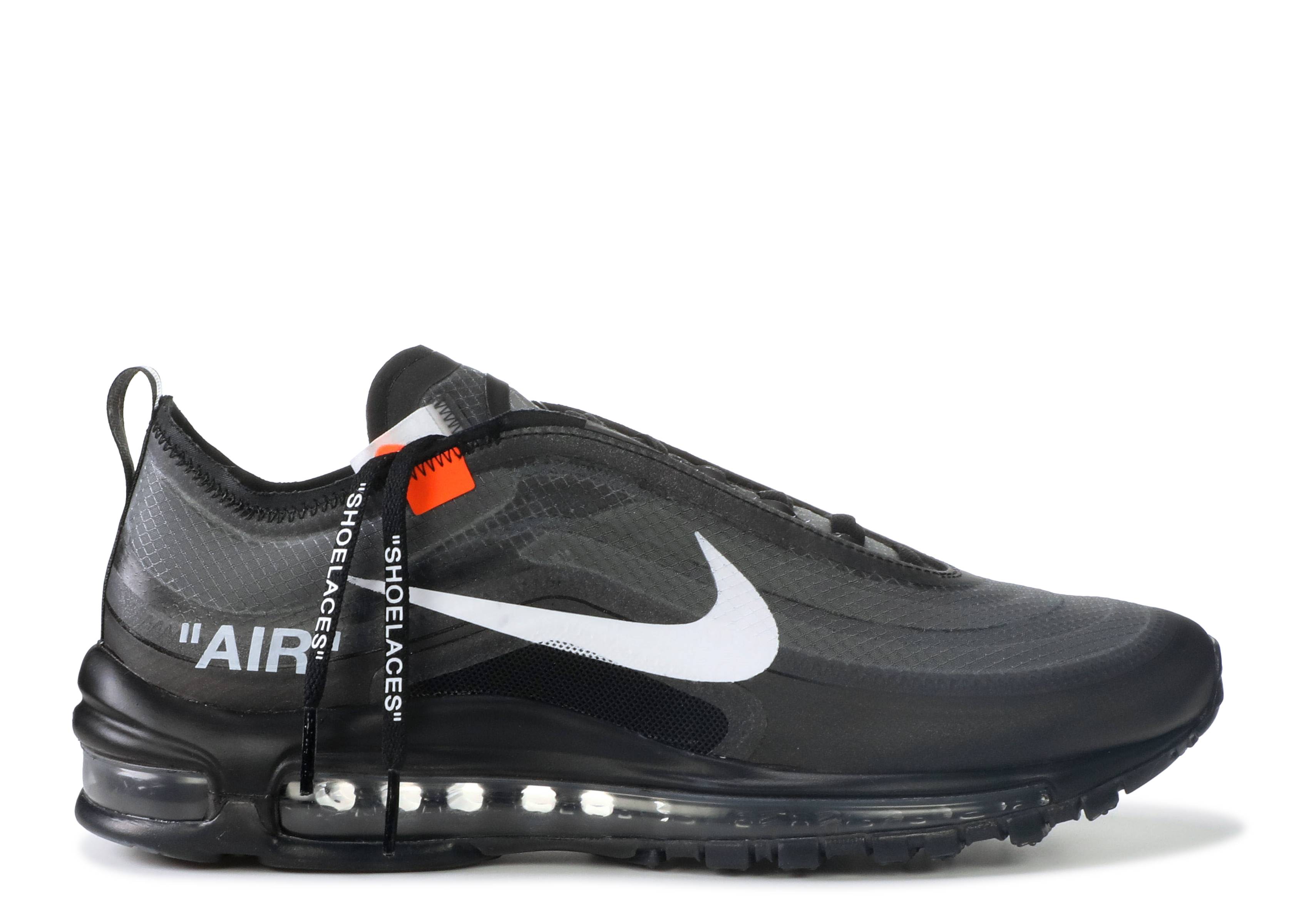 This might be a bit of a curveball on the list, however, the Air Max 97 is simply one of the best Air Max silhouettes of all time. It is a shoe that fans have always loved, and when it was included as part of “The Ten,” fans were overwhelmed with joy. While the OG colorway certainly has its merits, the all-black model is simply a bit better. With the all-black upper, silver Nike swoosh, and Off-White aesthetics interspersed throughout, this is one of those shoes that is a must-own, if not for the price tag. We can appreciate the regular old Air Max 97s that come out on a weekly basis, although, these are a special breed.

In the eyes of many, this is the greatest Off-White x Nike collab. When “The Ten” came out in 2017, there were many who argued that these were better than the number one entry on this list. The debates were polarizing, but they were simply done for the love of all things sneakers. The Presto is a beloved model from the 90s and for some reason, it fit Virgil’s vision perfectly. The black and off-white color scheme found above resonated with fans, and the different lace combinations also gave people something to cheer about. To this day, fans are still wondering why we never got a second Presto colorway, however, maybe it’s better that we didn’t. After all, why mess with such obvious magic?

It might be a cliche at this point, but we don’t care, the Air Jordan 1 High “Chicago” is easily the best shoe Virgil ever produced with Nike. When “The Ten” came out, this was the shoe everyone wanted. The Air Jordan 1 is good enough as it is, but when you combine the shoe’s most iconic colorway with Virgil’s aesthetic, you get a memorable sneaker that needs to be lauded among some of the best shoes to ever hit the market. From the “Air” on the midsole so the writing on the sides and even the flaps near the cuff, this was a sneaker you had to own. Unfortunately, scalpers have made these a holy grail that requires a lot of dough to add to your collection. Regardless, this is one of those shoes that is on par with Kanye West‘s infamous Red Octobers. Even if you hated the Air Jordan 1, you have to respect these to some capacity.

Let us know which of these shoes are your favorite, in the comments below.