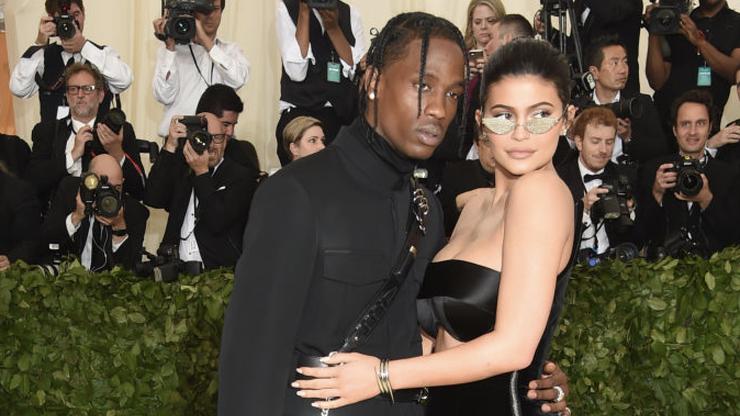 Looks like the Easter Bunny was good to Stormi and her baby brother.

Kylie Jenner and Travis Scott are celebrating their first Easter together as a family of four, and from the looks of their Instagram uploads, the couple spared no expense in making sure their two young children had everything they could possibly dream of.

On his Story, the “3500” hitmaker kept things lighthearted, sharing a sweet clip with his daughter, Stormi Webster, who didn’t hesitate to make some funny faces when she realized the camera was on her. “Stormi,” her dad says to her after cracking a smile.

For her part, the Kylie Cosmetics founder put together an aesthetically pleasing photo dump, kicking off with a picture of her eldest hunting for eggs in the backyard, wearing a pastel pink pleated dress.

Next, we see giant chocolate eggs with the Kardashian-Jenner kid’s names delicately written across them set on a table, waiting to be devoured, followed by more treats.

While the mother of two didn’t give her followers a look at her baby boy’s face, she did tease a part of his holiday outfit, complete with an adorable pair of black and red kicks peaking out from the bottom of his dad’s arms.

As PEOPLE notes, Jenner and Scott have yet to publicly announce the name of their baby boy since the 24-year-old revealed that they had changed it from Wolf Webster a few weeks ago.

“There’s one name lingering, but she really wants to make sure,” Kim Kardashian revealed of her little sister while on Live with Kelly and Ryan last Friday. “It’s such a big decision honestly.”

“When I had my kids, I didn’t name them until they were born,” the mother of four continued. “You really want to see what they look like. And I always, when I heard people do that, I would say, ‘How do you not be prepared for that? You have nine months to think about this!’ But no matter what, it’s the hardest decision ever.”

Tap back in with HNHH later for more celebrity news updates.